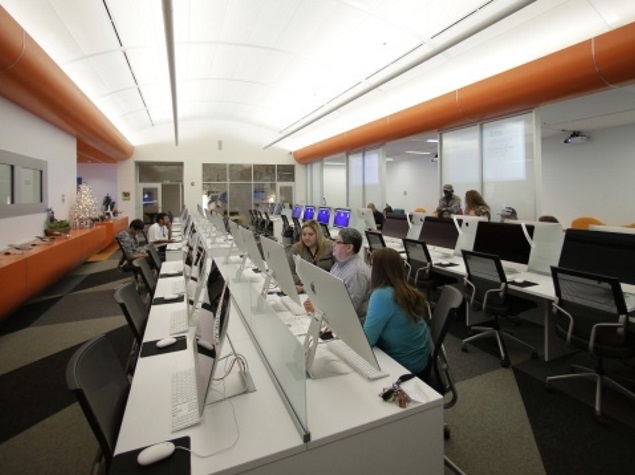 The global market for personal computers showed signs of stabilizing in the third quarter as infatuation with tablets appeared to fade, recent survey by market trackers IDC and Gartern said Wednesday.

The survey by IDC found the decline in the quarter was 1.7 percent to 78.5 million, not as steep as its earlier projections, noting that low-cost machines have helped the PC market.

The global PC vendor market share saw some upheaval in the third quarter, with Apple moving into the top 5 for the first time with its Mac and MacBook lineup of desktops and laptops, overtaking Asus by a slight margin. IDC said Apple's steady growth, along with recent price cuts and increased demand in developed markets helped it achieve the growth.

Lenovo held onto its comfortable as top PC vendor, with a record volume of 15.7 million units. HP shipped 14.7 million units and remained in the number 2 position with growth surpassing 5 percent. Dell shipped over 10 million units, growing 9.7 percent on the year. Acer grew over 11 percent, in part due to low volume a year ago but also from the success of its Chromebooks and entry-level notebooks.

"Fierce competition and a spiral toward tablet-like prices helped to further consolidate the market," IDC said.

"Shipments of entry systems, including Chromebooks, continued to inject an important source of volume and sustained improved consumer demand in certain markets over recent quarters."

"Although shipments did not decline as much as feared, these preliminary results still show that the third quarter was one of the weaker calendar third quarters on record in terms of sequential growth," said IDC analyst Jay Chou.

"The current growth of lower-priced systems, while encouraging in the short run, brings concern for the long term viability of vendors to adequately remain in the PC space."

A separate survey by Gartner Inc. said global PC shipments dipped 0.5 percent from a year ago to 79.4 million units in the quarter ended in September.

Gartner said the PC market grew in "mature markets" such as North America and Western Europe, offsetting declines in emerging markets, and suggested the worst may be over for PC makers.

"Positive results in Western Europe and North America can be a sign of gradual recovery for the PC industry," said Mikako Kitagawa, principal analyst at Gartner.

"Consumers' attention is slowly going back to PC purchases as tablet adoption peaked with mainstream consumers. The transition from PCs to tablets has faded as tablet penetration has reached the 40-50 percent range."

Kitagawa added that in emerging markets, some consumers who cannot afford PCs are buying tablets as a lower cost option.

In the United States, the PC market grew 4.2 percent from a year ago to 16.6 million units, the third quarter in a row with growth.

"Consumers' wallets were gradually coming back to PCs, although back-to-school season sales were not exceptional," Kitagawa said.

"More availability of affordable touch-based laptops, price drops of thin and light laptops, and 2-in-1 hybrid laptops will attract consumers this holiday season."

PC shipments in the region including Europe, the Middle East and Africa rose 9.1 percent, according to the survey. But the Asia region saw a 5.3 percent drop.

In China, meanwhile, the PC purchasing appetite has slowed "due to more pragmatic consumer and government IT spending," Gartner said in a statement.

Gartner's figures report Chinese maker Lenovo remained the number one PC maker with a 19.8 percent market share ahead of US-based Hewlett-Packard (17.9 percent) and Dell (12.8 percent). Taiwan's Acer group and Asus were fourth and fifth, with market shares of 8.6 percent and 7.3 percent, respectively.