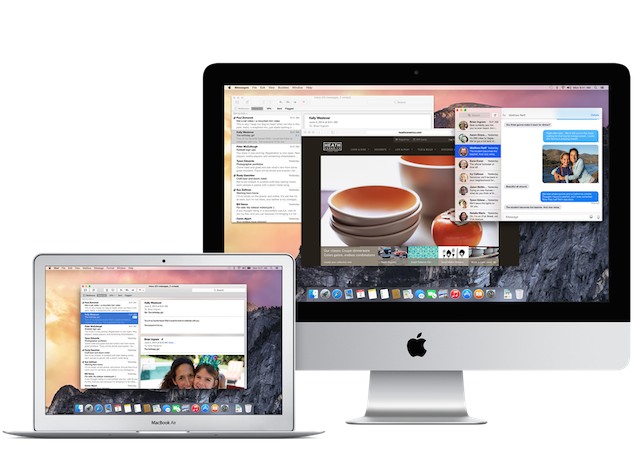 Apple will open up the upcoming release of OS X to up to a million new users on Thursday, when it releases the first public beta of Yosemite to the general audience.

As promised at WWDC back in June, Apple will make available the upcoming release of its operating system for Macintosh computers to feedback from everyday users, ahead of the software's planned release later this year. This is a marked change in policy for a company that is known to shield unreleased software from the public eye, making it available in advance only to registered developers who've traditionally used it to make sure their apps work as expected.

Many believe the change in policy may have been prompted by the infamous Gmail issues in Yosemite's predecessor, OS X Mavericks. Critics said at the time that having a bigger 'testing pool' for Mavericks could have helped Apple identify the problems with its email client well before it because a frustration for thousands, if not millions, of users. Cupertino eventually addressed most of the Gmail issues with the OS X v10.9.1 update.

Coming back to Yosemite, the public beta will be available starting Thursday. Users wishing to participate in the beta program can register in the OS X Beta Program, which is open to the first million people who sign up. Sometime on Thursday, registered users will receive a redemption code from Apple, which they can use to download OS X Mavericks via the Mac App Store.

NDTV Gadgets - and indeed Apple - advises users not to install the OS X Yosemite beta on their primary computers, as well as take regular backups of their machine, as beta software can be buggy and even lead to loss of data.

Users will need to be running OS X Mavericks before installing Yosemite. Incidentally, Mavericks is available as a free download from the Mac App Store.

Apple notes that some new features such as phone calls, SMS, Handoff, Instant Hotspot, and iCloud Drive, will not be available in the beta. As you would expect, some applications and services may not work properly with the beta software.

If you rely on iCloud, please note that when creating or making changes to documents stored in iCloud, your documents will sync only with Macs running the OS X Yosemite beta and with iOS devices running iOS 8 beta.

Jim Dalrymple of The Loop notes that public beta version of OS X Yosemite will be the same version that was released to developers on Monday, though the developers will receive more frequent updates than the public beta. Participants in the public beta, just like the developers, will be able to install updates to Yosemite, including the final version, whenever it becomes available, through OS X's built-in software update mechanism.