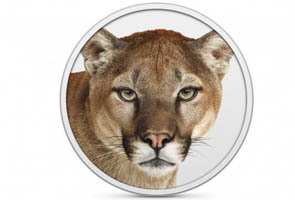 Apple has released v10.8.5 system update for Mountain Lion. The fifth update to Apple's operating system for Macs brings a bunch of improvement and bug fixes, including fixing an issue with Mail.app that could prevent it from displaying messages.

Other changes include improved AFP file transfer performance over 802.11ac Wi-Fi and resolution for an issue that may prevent a screen saver from starting automatically.

As usual, to download and install the update, click the Apple menu and choose Software Update to check for the latest Apple software via the Mac App Store, including this update. The update's size may vary from computer to computer when installed using Software Update, depending upon what earlier updates you had installed.

You can also download the manual update installer. This is especially useful when you need to update multiple computers but only want to download the update once. These versions of the standalone installers are available from Apple Support Downloads.