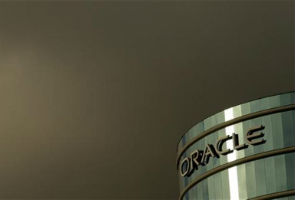 Block hit the headlines after he criticized his boss, Oracle President Mark Hurd, and the company's Sun Microsystems division in an internal communication that became public.

According to a transcript of comments made in July 2011 to a colleague in human resources via Oracle's instant messaging service, Block said: "Nobody talks about Sun. Even the Sun customers. It's dead dead dead."

The comments became public in disclosures filed during the discovery phase of a lawsuit with bitter rival Hewlett-Packard Co .

On Tuesday, Reuters reported that Block is leaving the company, citing sources.

While Block will remain with Oracle for some time to assist with the transition, effective June 18, some of his responsibilities were assumed by other Oracle managers, the company said in a statement.

NY public libraries to get Penguin e-books
Ultrabooks to contribute 50 percent of revenue by 2014: HP India