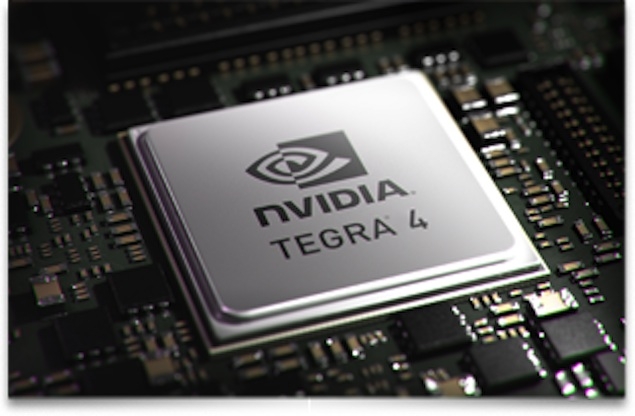 Nvidia Corp on Wednesday posted higher fourth-quarter revenue that beat expectations, fueled by the graphics chipmaker's PC gaming components, even as it grapples with an expansion beyond computers and into mobile devices.

With the personal computer industry losing steam, Nvidia has expanded its graphics chips into mobile devices. But it is meeting stiff competition from larger Qualcomm Inc and has responded by increasing its focus on automotive markets and other areas.

Nvidia's results in the fourth quarter, which ended in January, reflected better-than-expected sales of high-end graphics chips popular with game enthusiasts, a niche that has suffered less than mainstream laptops from consumers' growing preferences for tablets. The company's revenue forecast for the first quarter was also above analysts' expectations.

Nvidia has struggled to convince manufacturers to use its Tegra chips in tablets and smartphones. In the fourth quarter, revenue from Nvidia's Tegra mobile chip business fell 37 percent while revenue from its PC graphics processor business rose 14 percent.

The company is increasingly marketing the Tegra line of chips as ideal for powering entertainment and navigation systems in cars. In January, Nvidia said it was broadening its relationship with Audi, which plans to use the upcoming Tegra K1 chip in more of its cars.

Overall fourth-quarter revenue rose to $1.14 billion, up 3 percent from the year-ago period. It said revenue in the first quarter would be $1.05 billion, plus or minus 2 percent.

Nvidia shares were up 3 percent in extended trading on Wednesday after closing up 3.6 percent at $16.83 on the Nasdaq.