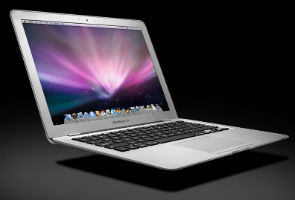 Highlights
We already know that the updated versions of the MacBook Air and Mac Mini will come with the Thunderbolt I/O and upgraded Sandy Bridge processors. Now, Apple blog, 9to5mac has leaked detailed specifications of the products which are expected to launch soon.

The starting price of the Air is expected to be $999.

Apple's Mac Mini is likely to retain its aluminum unibody design but will pack serious punch under the hood. The processors are expected to be Sandy Bridge and 500 GB HDD seems to be  standard. The two variants of the Mini are:

The second model will have a 2.5 GHz processor with 4GB of RAM, and 500 GB of hard drive storage.

The Mac Mini's are expected to support apples new LED Cinema Display which is now known as "Apple Thunderbolt Display" and will start at a price point of $699.

Does this put to rest the rumour that Lion will require a minimum of 4GB of RAM to run on your system? Only time and Apple can answer that question as Lion is expected to launch later today. We also hear speculation which suggests that your system needs to be at least a Core 2 Duo or an i3, i5 or i7 machine to run the OS. Anything older than 2006 and you may want to consider upgrading your Mac if you wish to get a taste of the new OSX.
Comments