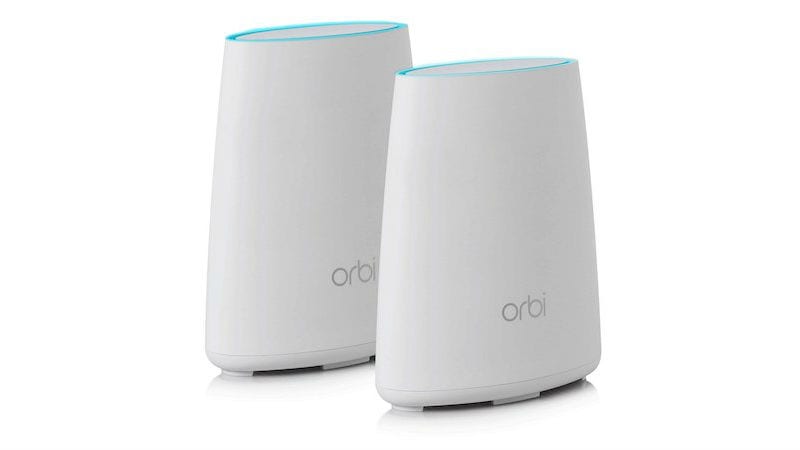 Netgear on Tuesday launched two new routers in the Orbi series - the RBK30 and RBK40 Orbi Tri-band Wi-Fi Systems - for small to mid-sized homes in India. The Orbi series started with the RBK50 and introduced a new design language. The new RBK30 and RBK40 start at Rs. 20,000 and Rs. 26,000, respectively, and will be available on Amazon India from the Diwali season.

The Orbi RBK30 and RBK40 follow a similar design but are smaller and less powerful in terms of coverage area compared to the Orbi RBK50. Netgear says it is introducing new form factors for Orbi to provide customers with more choice of style and flexibility of Wi-Fi placement. The Orbi RBK30 has a smaller range of 3,500 square feet compared to the Orbi RBK40 that can cover an area of up to 4,000 square feet. Both the Orbi Tri-band Wi-Fi Systems include an AC2200 router and wall-plug satellite for wider coverage area.

Additionally, the new Orbi Systems support 802.11ac AC2200 Wi-Fi speeds up to 2.2Gbps, supporting simultaneous 2.4GHz and 5GHz Wi-Fi bands on the router and satellite, which maintains the same name (SSID). It has 4 Gigabit Ethernet ports, and the company is touting easy installation via the Android or iOS apps.

"Each of these new Orbi systems with AC2200 WiFi are faster than competitive products with legacy AC1200 Wi-Fi," said Marthesh Nagendra, Country Manager, India and SAARC, Netgear. "Furthermore, all Orbi home Wi-Fi systems are Tri-band versus the competition which is dual band mesh. Due to the use of the innovative Tri-band technology, multiple independent reviewers and testers around the world have proven that Orbi Wi-Fi systems deliver far superior performance for more simultaneously streaming devices."