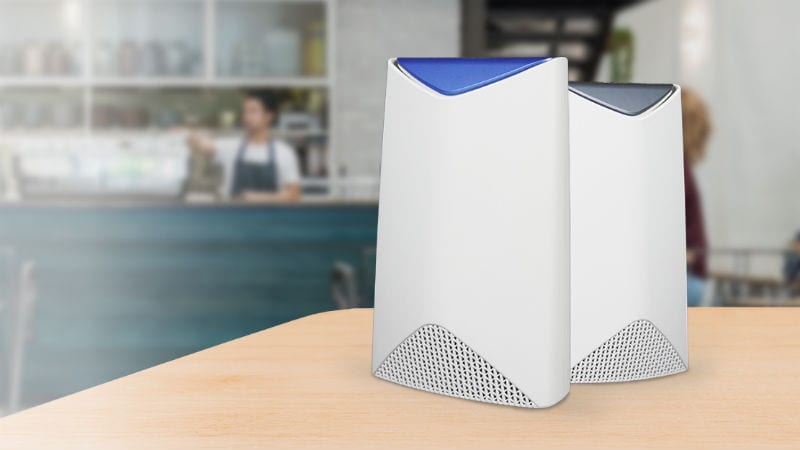 Netgear has launched a new router in the Orbi series - the SRK60 - for small and medium-sized business in India. The company is bringing Orbi tri-band Wi-Fi to the SMB market in India in the form of the Orbi Pro. The new device by Netgear with its Fastlane3 technology joins the company's Wi-Fi System product lineup as its first purpose-built Wi-Fi solution aimed at SMBs. It is currently available through authorised Netgear partners, other reseller channels, and e-commerce portals at a price of Rs. 39,000.

The company claims that Orbi Pro is the "perfect" Wi-Fi solution for commercial locations such as professional offices, restaurants, retail or bed and breakfast inns, which would benefit from easy to set up Wi-Fi. It said that there is no requirement of wiring, professional installation or added IT costs with Orbi Pro. "With the new Orbi Pro Tri-band WiFi System, DIY feature allows anyone to set up separate WiFi for guests, employees and business traffic. The product is designed to complement office decor as well," said Marthesh Nagendra, Country Manager, India & SAARC, Netgear.

The FastLane3 technology included in the Netgear Orbi Pro consists of three critical components - Tri-band Wi-Fi, a dedicated Wi-Fi link from the extender to your router and optimised antenna design, Netgear says. The Wi-Fi system features the AC3000 router and a matching satellite that covers 460 square metres and up to 920 square metres with two satellites.

Additionally, the Netgear Orbi Pro features three pre-defined Wi-Fi networks for traffic separation - an administrative network for business connectivity, an employee network for internet access, and a guest network for visitors to access the internet.

Notably, Netgear has three routers for small to mid-sized homes in India - the RBK30, RBK40, and RBK50 Orbi Tri-band Wi-Fi Systems. Currently, two of them are available for purchase on Amazon India website.