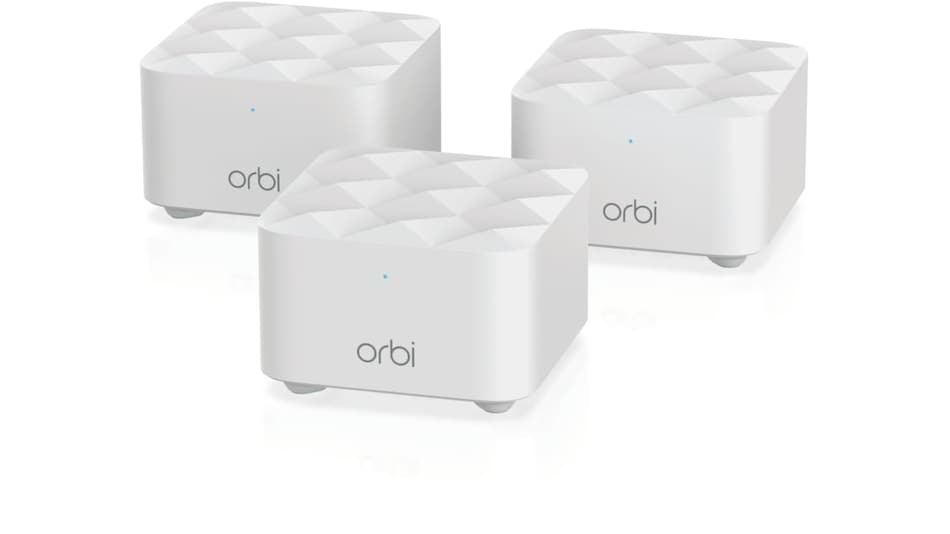 Netgear today expanded its Orbi mesh router system by launching two different models in India to enable Internet coverage in a surface area of up to 200 square metres. The launch comes amid the coronavirus outbreak that has forced people to work from their homes and pushed network demands in households across worldwide markets. Called the Orbi Mesh Wi-Fi System (RBK12) AC1200 and Orbi Mesh Wi-Fi System (RBK13) AC1200, both new Netgear offerings come in a cube-like base router that has a diamond-shaped pattern on top. The RBK12 model comes with a single satellite, while the RBK13 option includes two satellites. Netgear also has its app Orbi through which users can remotely control their mesh system.

On the part of features, the latest Orbi mesh systems by Netgear are claimed to offer an even Internet connectivity throughout your home, without any dead zones. There is dual-band Wi-Fi support and the ability to deliver up to 1.2Gbps speeds. The two distinct models, the RBK12 and RBK13, also have two Gigabit Ethernet ports, with one for wide area network (WAN) and one for local area network (LAN) connectivity. You can also create a guest Wi-Fi network to provide Internet access to your guests, without sharing your personal network credentials.

While the Orbi Mesh Wi-Fi System RBK 12 provides coverage of up to 120 square metres, the RBK13 is claimed to cover up to 200 square metres. The main router of both new models work with the bundled satellite/ satellites can power your smart home devices or gaming console. The router also has two internal antennas and supports band-steering to switch automatically between 2.4 and 5GHz. Further, there is voice control support via Amazon Alexa and Google Assistant.

Both new Orbi models are also protected by Netgear Armor by Bitdefender and have parental control Circle with Disney. Additionally, you can adjust your preferences and receive notifications about suspicious activities using the Orbi app.