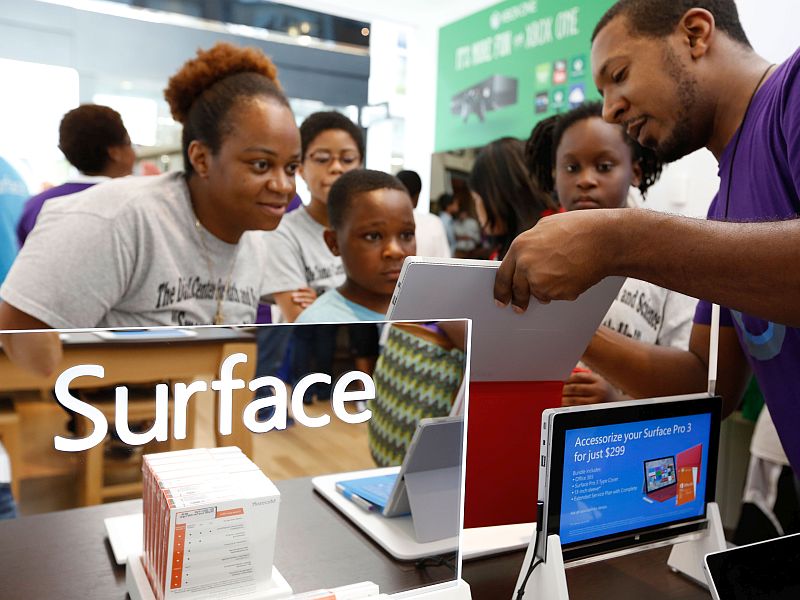 Microsoft at its Wednesday event in New York City is expected to reveal a new Surface device alongside giving updates about its Windows 10 operating system. Ahead of the launch, two new possible product names that are expected to star at the Wednesday event have made it to the Internet.

According to leaked trademark filing, Microsoft may launch its new Surface Laptop alongside an overhauled Paint app dubbed Paint 3D. Brian Conroy, a trademark agent and solicitor based in Dublin, has also discovered Microsoft is after Surface Studio, Surface Dial, and Dial trademark filings. Conroy further points out that all are filed under categories of computer software or hardware. Unfortunately, there are not many details available about the Surface Studio, Surface Dial, and Dial as of now.

In the meanwhile, Yusuf Mehdi, Corporate Vice President, Windows and Devices Group, Microsoft, has teased the launch of Paint 3D app on Wednesday. In a tweet, Mehdi said, "get ready to get creative." Based on preliminary leaks, the all-new Paint 3D app will include support for 3D objects, which was missing from earlier versions. The support could turn out to be useful for the developers and artists who will be working on apps meant for the company's augmented-reality platform HoloLens.

The Redmond Giant has already revealed that the event will be all about Windows 10 and Cortana is giving hints about Microsoft's Windows 10 event on Wednesday. The company's digital voice assistant on being asked to "spark your imagination" replies with real-world examples. Cortana's replies include Velcro creator George de Mestral and novelist Gertrude Stein, points out The Verge.

At the company's Wednesday event, Microsoft is widely expected to showcase an all-in-one (AIO) PC under its Surface brand. The upcoming AIO under Surface branding rumoured to be codenamed "Cardinal", as per the earlier report, is expected to be showcased in three screen sizes - 21-inches, 24-inches, and 27-inches.

Microsoft's event will kick off on Wednesday at 10am EDT (or 7:30pm IST) and will be live streamed.