Microsoft on Friday released a new Windows 10 Insider Preview build that solves an issue that has been nagging Windows users with high-resolution display. The latest Windows 10 Insider Preview build 16237 changes how the system reacts to DPI adjustments. Users will no longer have to log out and log back in to fix blurry desktop apps, which are mostly related to old Win32 apps, after docking, undocking, and remoting.

Presently, if a user changes the resolution of a display by docking/ undocking or via Settings, the scaling gets reflected throughout the apps only by logging out of the account and then back in. However, with the latest build, Microsoft is cutting down that process and will adjust the scaling by simply relaunching the the app to render them crisply on your 4K display or high DPI display, the company says in its blog post.

This will solve the issue for most legacy apps, but not all as yet, and one will have to wait for those apps to get updated to respond to DPI change. Microsoft says that the apps will get updated DPI-related data from Windows when restarting them individually rather than having to log out and back in, which is a lot more annoying and cumbersome. The company has also noted that the change won't improve apps that are blurry on secondary displays when in "extend" display mode. 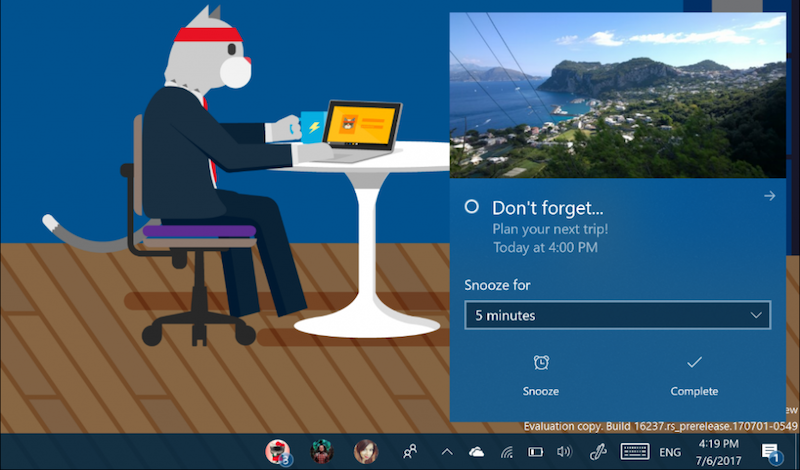 That's not all coming that is to the latest Windows 10 Insider Preview build. Microsoft has also made some improvements to the notification buttons, which now spreads across the bottom of the notification, instead of being right-justified. Furthermore, the first notification in each group will be expanded in the Action Center so that you can quickly see and take action, of say your email, reminders and texts, without having to expand every single one of them.

The latest preview build for Windows 10 Insiders comes with a lot more fixes and improvements such as the Edge's ability to now read out loud on websites and PDFs with word and line highlighting. The Emoji Panel now supports the new 5.0 making it easier to type and input the emoji you want. There's also a new animation on when you add a favourite along with minor bug fixes. You can check the full list of improvements and fixes of Windows 10 Insider Preview build 16237 on the company's blog.