In the Windows 10 Insider Preview Build 17713, Microsoft has improved Notepad. The new features, including the ability to zoom, have been detailed in another story. Meanwhile, improvements in Microsoft Edge include a per-site media autoplay controls feature that enables users to disable or enable automatic media playback on specific sites. The Media Autoplay feature has been introduced in the Website permissions option in the Website identification pane. Additionally, there is a new dictionary function that can be used to look up definitions for words when reading a page or document in Reading View or PDFs. You just need to select a word to see the definition appear above your selection. Edge users will also be able to listen to the pronunciation of the words, and more details. You can toggle to allow definitions to appear and which types of content they work in under the General tab of the Microsoft Edge settings menu. 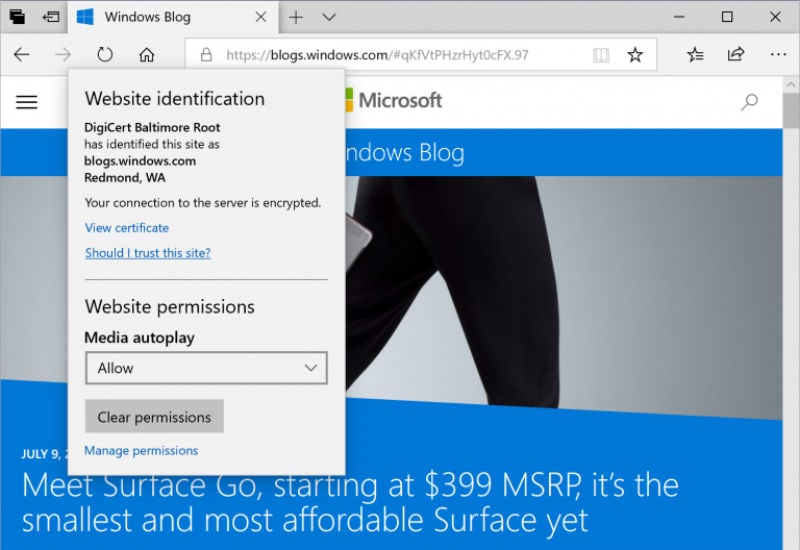 A key addition to the PDF Reader in the Edge browser is that all tools in the toolbar now have a text description. It essentially makes it easier for users to understand what an icon is meant to do and accomplish tasks with ease. Moreover, a few new tools such as 'Add notes' have also been added to the toolbar. Also, the toolbar can now be pinned at the top of the document, making all the PDF tools more accessible. You can also unpin the toolbar for an immersive reading experience. Microsoft also says that several rendering performance fixes have been introduced in the latest build so that users see less and less of the white pages when you navigate through PDF files in Microsoft Edge.

Microsoft has announced that it will be resetting the Skip Ahead subset of the Fast ring. The company says, "We are getting close to the point in the development cycle where our focus will be on stabilisation for RS5." Similar to the RS3 and RS4, Microsoft will start releasing builds to Insiders who choose to 'skip ahead' to the next release of Windows 10.

Insiders who previously opted in to Skip Ahead will be automatically put back into the Fast ring. The option to join Skip Ahead will disappear from the drop-down under Settings > Update & Security > Windows Insider Program. In the coming weeks, the company will make an announcement that it has re-opened Skip Ahead for Insiders to opt-in. If you were previously in Skip Ahead, you will need to opt-in again.

Other changes that have arrived with the Windows 10 Insider Preview Build 17713 include advanced biometric options for Windows 10 sign-in. Users who employ Windows Hello for Business for using Azure Active Directory and Active Directory can now use their biometrics such as iris scan for authentication to start a remote desktop session. Notably, the feature does not work with convenience PIN. 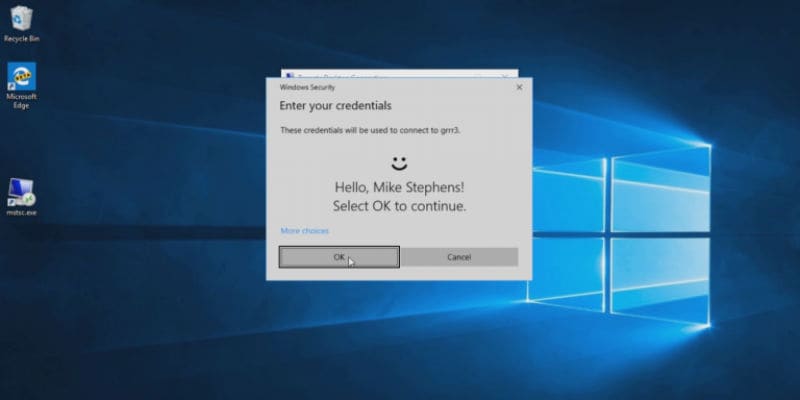 Meanwhile, Microsoft has also introduced a faster way of signing in to a shared PC. Starting with this build, the company is introducing a feature called 'Fast Sign-in' to enable users to sign in to a shared Windows 10 PC in a flash. It has also introduced a new way of signing into your Windows PC - 'Web Sign-in'. Web Sign-in enables Windows logon support for non-ADFS federated providers, Microsoft says.

This Windows 10 Insider Preview Build 17713 build also comes with several bug fixes and known issues. They have been detailed in the changelog provided by Microsoft.