Microsoft Build 2018, the tech giant's annual developer conference, was held on May 7-9 and brought to the public several new developments on Microsoft's core products. A lot of those announcements were around the world's most popular operating system - Windows, specifically Windows 10. After announcing updates recently in Fall Creators Update and April 2018 Update, new features are coming to Microsoft's Fluent Design. Additionally, the latest Windows 10 Insider Preview Build 17666 (RS5) has been unveiled with numerous new feature additions.

Starting off with the new changes coming to Windows 10 Insider Preview Build 17666.

New Sets features
Microsoft Edge browser tabs now show in Alt + Tab mode - a new feature in Sets that was detailed earlier this week - if you don't like this, you can turn it off from Multitasking Settings. Sets also gets a Fluent design based acrylic title bar, and the window border is now being adjusted to grey. Windowing preferences have also arrived, letting users choose if apps or websites should open in new windows or tabs. Users also gain ability to mute specific Sets tabs, and snooze tabs in the background. Tabs now also restore faster.

The Redmond giant has also added a Task Manager to the list of apps in Sets, and fixed an issue with right-clicking a tab in the Sets title bar.

Cloud Clipboard
A new Clipboard is now part of the latest Windows 10 Preview Build. The new cloud-based Clipboard is viewable with the shortcut keys WIN + V and can be accessed across any PC with this build of Windows or higher. This new Clipboard will sync using the same technology as Timeline and Sets. 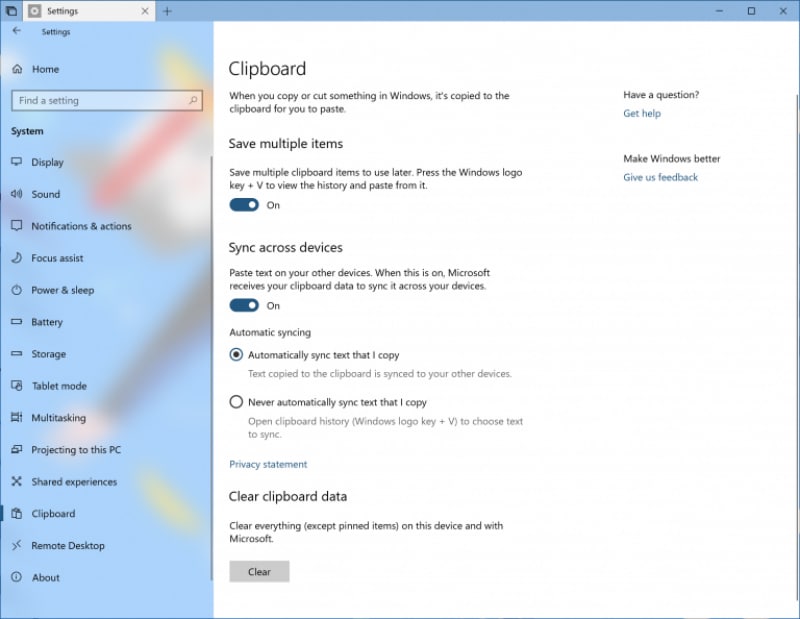 Dark theme on File Explorer
After a ton of feedback, Microsoft states, a dark theme is finally making its way to Windows 10 and will initially be available on File Explorer, File Explorer context menu, and Common File Dialog menu. Setting for the feature is accessible under Settings > Personalization > Colors. Microsoft has acknowledged a few discrepancies in the colour scheme and is working to address it. 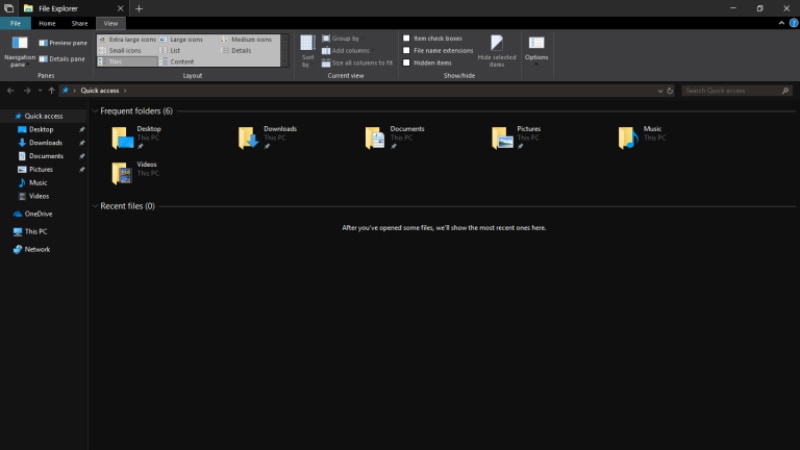 Notepad improvements
Windows 10's default note-taking app, Notepad, is getting new search on Bing functionality. You can access the feature by selecting/ highlighting certain text. Right click on the selected text and choose the Search with Bing option in the context menu. Alternatively, you can click on Edit and then Search with Bing, or just press Ctrl + B on the selected text. Notepad now also supports Unix/Linux/Mac line endings, as teased earlier this week. 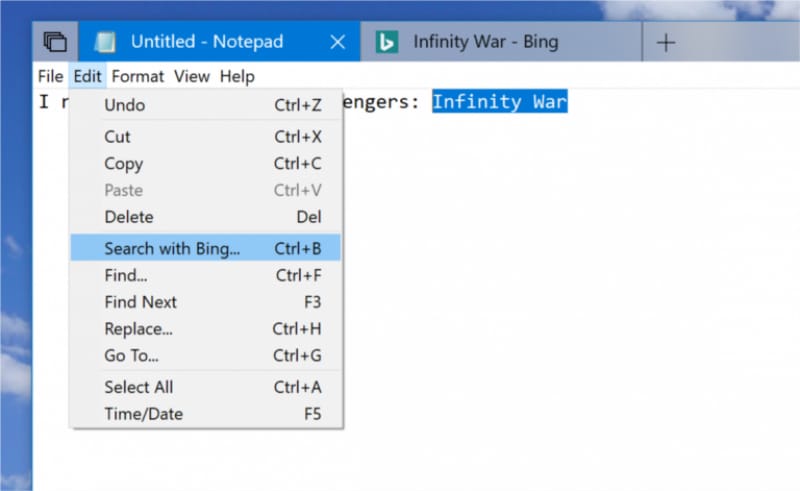 Search Previews
Search on Windows 10 is now getting previews. With previews, users can simply jump into, see progress on, and disambiguate between files by seeing more information. Search Previews can also be used to get quick answers to trivial questions like "are bananas good for you?" or "height of mt. Everest". Microsoft has promised regular updates to Search Previews in the future.

Tile folder naming
With Windows 10 Insider Preview Build 17666, Microsoft is bringing the ability to name tile folders. The option to name the folder will be shown when you expand the folder that has several tiles in it. The names will be viewable in medium, wide, or large-sized view.

Apart from that, the Insider Preview build brings Bing-powered contextual FAQs built right into the Settings menu as well. 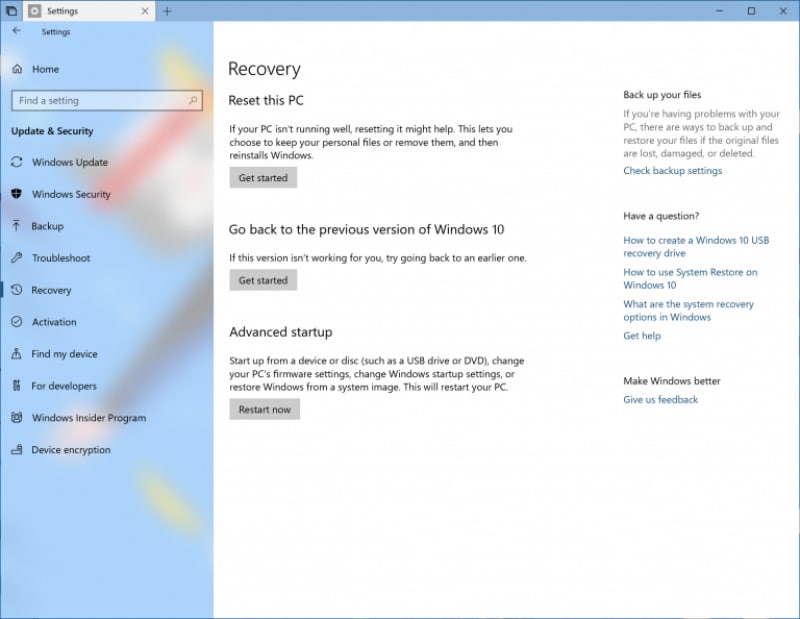 Fluent Design
At Build 2018, Microsoft held a session that detailed what's coming to Fluent Design this entire year. A new command bar layout has been announced that brings access to tool and options right next to the text or content you are working on, instead of taking crucial screen real estate on top. OneNote has been confirmed to be one of the first Microsoft apps to get the new layout.

Another feature coming to Fluent Design is shadow effects. It helps provide a depth to the app interface and also add colours to what was previously a rather "limited colour palette". Additionally, users can manage colours separately on Fluent Design. Then, there a new Acrylic feature that gives pop-up menus a hint of transparency, but not to those that need to be manually closed.

Also, the update includes additions to the navigation guidelines such as a newer placement for the back button. Lastly, Microsoft will not offer standard and compact views to help developers switch between touchscreen and traditional (mouse and keyboard) settings for users to operate on the Universal Windows Platform (UWP) efficiently.