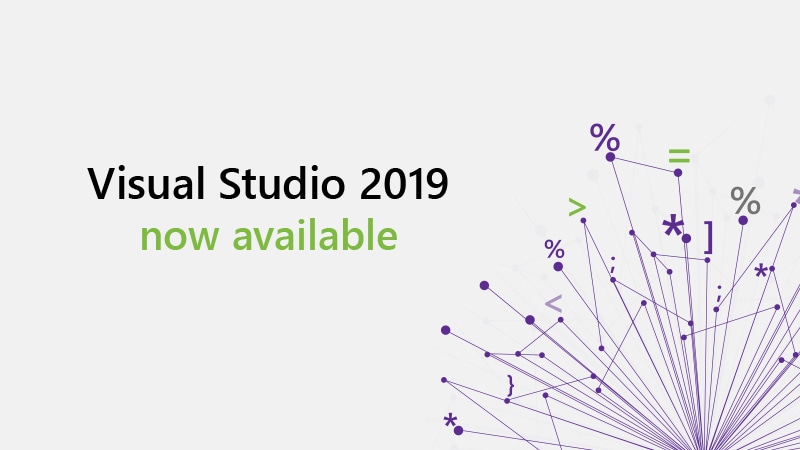 After testing it for a while, Microsoft has now made Visual Studio 2019 available for public download. Windows and Mac users can download it from the company site, and amongst all the new things it brings, the most notable introductions are IntelliCode, and Live Share. IntelliCode uses AI to intelligently help users with coding by offering suggestions, and Live Share is a real-time collaboration tool that allows multiple users share their project with teammates.

Visual Studio 2019 was unveiled last year in June, and testing began in December. Now, the software is available for public download on the official site for Windows and Mac users. The new version sees a massive upgrade from Visual Studio 2017, and apart from the above mentioned features, it brings along a new start window keeping in mind the current Git repositories, UI and UX changes like a new product icon, and a new search box that lets you look for settings and commands.

Live Share tool in Visual Studio 2019 enables real-time collaborative development with teammates, and with this feature, users will be able to share code, and collaboratively edit and debug, without needing to clone repos or set up environments.

All the new features will work with existing and new projects – from cross-platform C++ applications, to .NET mobile apps for Android and iOS written using Xamarin, to cloud-native applications using Azure services. Microsoft has detailed all the new things Visual Studio 2019 brings to Mac on its blog.

Walmart Is Beating Amazon in a Business Worth $35 Billion
Honor 10i With 6GB of RAM, 64GB Onboard Storage Spotted on TENAA; Now on Sale in Russia