Microsoft to Unveil Next Version of Windows on Tuesday 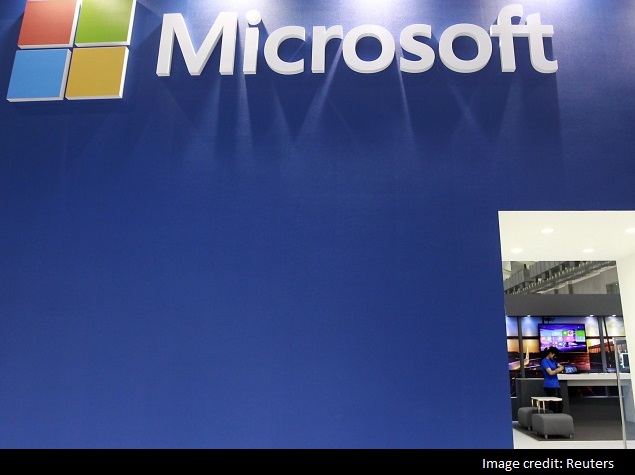 Microsoft plans to offer a glimpse of its vision for Windows this week, as its new CEO seeks to redefine the company and recover from missteps with its flagship operating system.

Although the new software won't be formally released until next year, analysts already consider its success crucial for Microsoft and Satya Nadella, who has made mobile devices and Internet-based services priorities since becoming CEO in February.

With its tablet-like touch controls, Windows 8 had been Microsoft's answer to slumping sales in personal computers amid a rising demand for mobile devices. But the company alienated many users by forcing radical behavioral changes. Research firm IDC even blamed Windows 8 for accelerating a decline in PC sales in the first full quarter following the system's release in October 2012.

Microsoft has released updates that address some of the complaints, yet analytics firm Net Applications estimates that five out of six Windows users are still using something other than Windows 8.

The next major release will be the company's chance to regain its footing and show that Microsoft can embrace mobile devices without sacrificing the traditional computing experience.

(Also see: Windows 9 Preview: What the Next Microsoft OS Will - and Should - Bring)

"It's one of the most important launches that they will ever have," said Patrick Moorhead at the research firm Moor Insights and Strategy. "It's very important they get it right."

Microsoft is expected to give an early look at some new features Tuesday during an event the company has billed as a discussion about "what's next for Windows." The company hasn't said what it plans to call the new Windows version.

The San Francisco event is geared toward the business market. Separate sessions focused on home computer users and others will be held in the coming months. Analysts say the sessions are part of an effort by Microsoft to gather feedback and avoid the stumbles it made with Windows 8.

Even after two years of declining sales of personal computers, software licenses for Windows are a key element of a business segment that contributes roughly 21 percent of Microsoft's annual revenue - second only to sales of the company's commercial software.

Windows 8 introduced a host of new features for personal computers, including touch-screen functions that are now common with tablets. Many PC users, however, found the redesigned interface difficult to navigate, particularly with keyboards and mice on devices without touch screens. They also missed familiar controls, such as the "start" button that was a longtime component of previous Windows systems.

"It was a miscalculation on the part of Microsoft," said analyst Steve Kleynhans at the Gartner research firm. "You can't force people into a situation where everything they know changes."

Still, experts say Microsoft has good reason to design software that attempts to broaden its appeal to smartphone and tablet users. Although the company still dominates the PC industry, that market is barely growing. Meanwhile, Microsoft has gained little traction in a booming smartphone market dominated by Apple's iPhones and devices running Google's Android software.

Nadella has said he wants the next version of Windows to be a "single, converged operating system for screens of all sizes."

Microsoft currently has three main systems - Windows 8 for traditional computers and tablets, Windows Phone 8 for cellphones and Xbox for its gaming console. That makes more work for developers, who must create three versions of apps if they want to reach people on multiple devices. By unifying the underlying systems, software developers will be able to create apps for the various devices more easily. Consumers will also be able to switch devices more easily and avoid having to buy the same apps multiple times.

The new Windows is also expected to emphasize more software apps and services that are hosted on the Internet, or "in the cloud." Nadella has made the transition to cloud computing a priority.

But Microsoft will need to make the transition to a new Windows less jarring for the average user Moorhead said. That might include a return to a more traditional "start" menu for desktops, for example. Microsoft restored a limited version of the "start" button when it released a Windows 8.1 update last year.

The company also has hinted that it may restore a key component of Windows: the ability to run apps in windows that can overlap and be adjusted to any size. For newer apps in Windows 8, resizing was limited to how much horizontal space each app takes on the screen.

Windows 8 offered some improvements in security and efficiency, but corporations balked at using the software because they didn't want to spend time and money teaching employees how to use it, Moorhead said.

Now, as Google and Apple are starting to pitch their own operating systems to business users, he added, Microsoft needs to convince business customers that the next version of Windows is worth using.

BlackBerry to Unveil 1 'Unconventional Device' a Year in Turnaround Drive
OnePlus One Successor Set to Launch in Q2 or Q3 2015; May Be Smaller