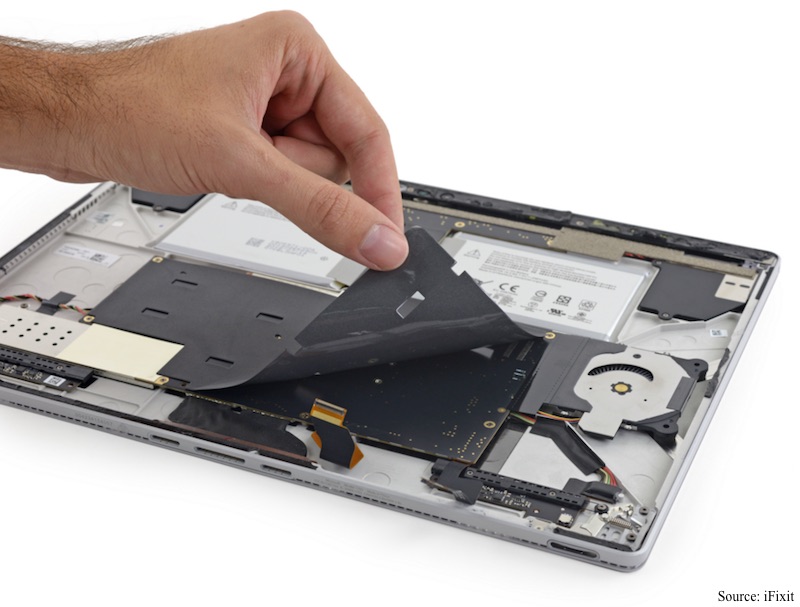 The Microsoft Surface Book is not a device that you will be able to repair yourself. The good folks at iFixit have assessed Microsoft's first ever laptop to reveal the design and engineering the company has put inside the device.

iFixit cracked open the Surface Book, and reported that it is one of the most difficult devices to repair. The device comes with a set of impressive specifications, but once opened most will find it hard to put it back together, the team notes.

The motherboard inside the Surface Book has been fitted upside down with all the connectors and chipsets placed at the bottom. This makes it harder to reach these components. The RAM module and the processor are soldered to the motherboard, which is always a nightmare from the repairability standpoint.

There's also plenty of adhesive, wires, solder, and screws keeping the components together in the Surface Book, iFixit notes. The wires are cleverly placed. They heat up and contract, which pulls the black pulley inward against the spring, and lifts the lower arm of the linkage. It's a demonstration of a sophisticated engineering approach. But in turn, it also means that it is harder to get a hang of how things are working, and how to swap them.

The team also revealed that the base of the Surface Book comes with an impressively voluminous 51Wh power pack, and an additional battery of 18Wh power pack placed behind the display. All in all, the device is pretty hard to repair, the team noted. For that reason, it gave it a score of 1 out of 10.