Qualcomm and Microsoft at Computex 2017 have announced that HP, Lenovo, and Asus will be the first three companies to launch new devices based on the upcoming Qualcomm Snapdragon 835 Mobile PC Platform. The first wave of devices will all be slim, fanless portables along the lines of laptops and 2-in-1s. No specific time models, prices or time frames have been disclosed, but the companies have previously stated that they will ship products later this year. The companies describe the products as "always-connected", and say that this move brings "the best of smartphones to the PC".

The new Snapdragon 835 Mobile PC Platform uses a slightly modified version of the same ARM-based Snapdragon 835 SoC being used for flagship smartphones beginning in 2017, as well as the X16 LTE modem. Both Qualcomm and Microsoft promise that such devices can be constantly connected and deliver more than a day of battery life. Devices can be slim and fanless, allowing for a variety of shapes and sizes including foldable and detachable 2-in-1s. They will Windows 10 exactly as it is on traditional PCs, and most existing software will work seamlessly. Qualcomm has shown off a motherboard which is physically smaller than that required by its competition. 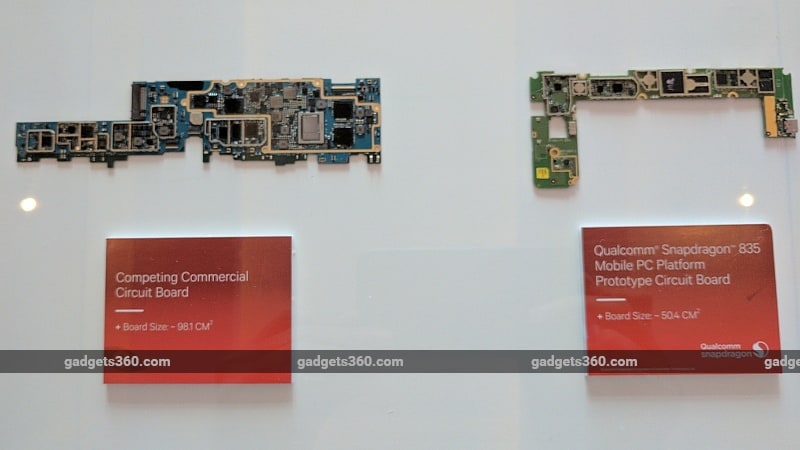 Software compiled for Microsoft's Universal App platform will run natively on Windows 10, while most other programs can still run seamlessly using emulation for the traditional x86 PC architecture. Both Microsoft and Qualcomm say that there will be a slight performance penalty when using emulation, but that will vary depending on the specific software and usage scenario. Also according to both companies, there should be no need for end users to do anything differently.

Performance is expected to be equivalent to that of Intel's ultra-low-power Y-series Core CPUs which are also designed for fanless devices. While other ARM-based processors might show up in devices over time, Microsoft and Qualcomm have described a tight partnership, with focus specifically on the Snapdragon 835 SoC. The companies describe such products as the next class of devices, designed for a world in which people expect to have constant cellular data connectivity just like they expect to breathe air. Snapdragon-powered PCs don't have to wake from sleep to receive notifications and messages, and the Cortana voice assistant can listen for instructions, much like how current-day smartphones behave. 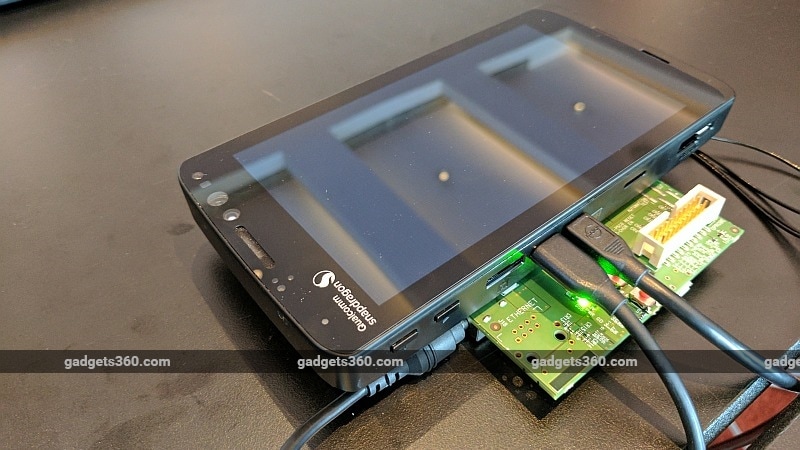 Many of the benefits of the platform require a constant cellular Internet connection. Microsoft and Qualcomm both point to the fact that 4G data is becoming cheaper around the world, and that data caps are being increased. While all products will have a SIM card slot, the companies are also pushing the emerging eSIM standard which would allow users to choose a cellular service provider and even top up prepaid accounts using an app on the device rather than swapping SIM cards.

While no specific pricing is known yet, both Qualcomm and Microsoft indicated that pricing would be lower than that of a premium laptop, and more along the lines of today's flagship smartphones, which would peg them at roughly $700-800.