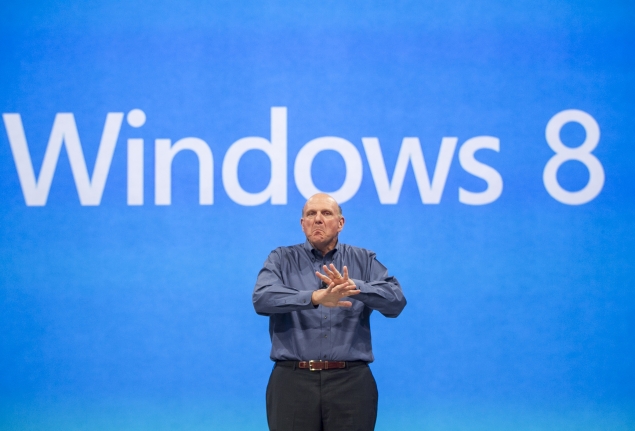 Microsoft has started the countdown to end of support for Windows XP, its popular desktop operating system and Office 2003 Office suite, with an upgrade campaign for small or medium sized businesses. The company is offering a 15 percent discount through June 30 as part of its Get2Modern offer for up to 249 licenses each of Windows 8 Pro and Office 2013 Standard editions.

Microsoft advises businesses to switch to its more modern operating systems, Windows 7 and Windows 8 , and suggests some of the ways in which they could deploy one or a combination of both OSs, pointing out Windows 8's enhanced touch-screen device support.

"While end of support for Windows XP is still one year away, the migration process can take some time and may be costlier the longer you stayon Windows XP, ultimately putting your business at risk. The security landscape is ever-changing and new threats are coming to fruition every day, so it is critical that businesses ensure they protect their data and IP against the latest threats by deploying a modern Windows platform," said Erwin Visser, a Senior Director in the Windows division through a blog post on Windows blog.

It's worth noting that Microsoft is ending support for Windows XP and Office 2003 on April 8, 2014. As per NetMarketShare's Desktop Operating System data for March 2013, Windows XP still has a market share of 38.7%, while Windows 7's share was 44.73% and Windows 8 trailed at 3.17%. It would be interesting to see how many businesses switch to Windows 8 following the offer.
Comments

HTC One X and One X+ receive India price cuts
Microsoft, Nokia file EU complaint against Google over bundling its services with Android