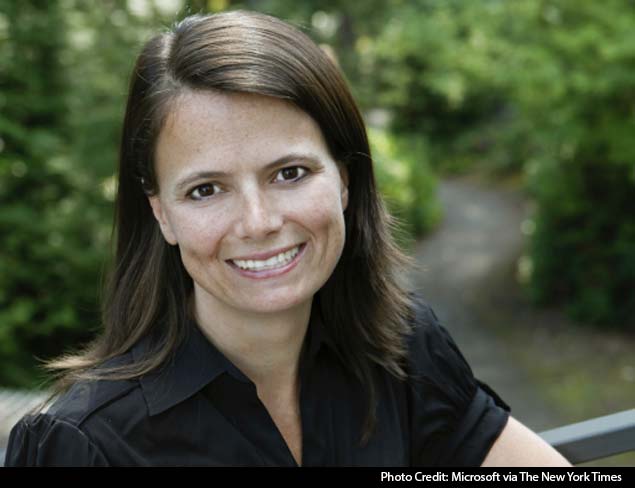 Microsoft named Amy Hood, an executive at the company, as its chief financial officer, the first woman to hold the top finance job at Microsoft.

A number of women have risen to Microsoft's top ranks but, like most technology companies, its senior leadership is still dominated by men. An exception is Lisa Brummel, who, as chief people officer, runs Microsoft's human resources department. Late last year, however, Microsoft appointed two women, Julie Larson-Green and Tami Reller, to run the engineering and finance operations of the company's Windows division, one of its most important units.

As chief financial officer, Hood will play a bigger role in helping Microsoft adapt to major changes in its business, most notably the shift to mobile devices from PCs and the transformation of traditional software into cloud services. In a sign of these changes, for the past six months Steven Ballmer, Microsoft's chief executive, has begun talking about the company as a devices and services company.

Hood will also serve as Microsoft's ambassador to Wall Street, which has for years looked skeptically at Microsoft's efforts to enter new businesses such as Internet search. After a recent solid earnings report from Microsoft, investors have become more bullish on the company's prospects. Its shares now trade near their 52-week high.

In an email to Microsoft employees Wednesday, Ballmer said Hood had helped lead the change of Microsoft Office into a cloud service. He said that he had worked closely with her on two big acquisitions, that of Skype and Yammer, and that her critical thinking would be an important skill in her new job.

"Amy is a great collaborator with a history of successful cross group projects, and I am looking forward to having her as a member of my leadership team," Ballmer wrote.