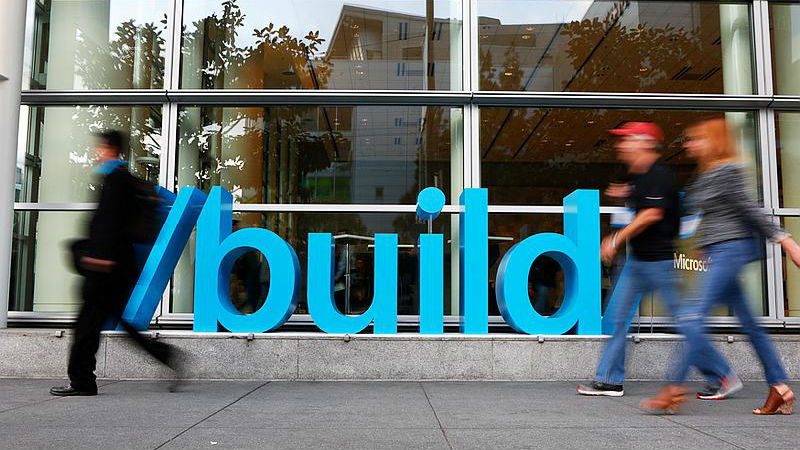 Microsoft has revealed that it is hosting this year's Build conference in Seattle between May 7 and May 9. Interestingly, the developer-focused conference by the Redmond company will clash with Google's annual developer conference that is happening from May 8 to May 10 this year at the Shoreline Amphitheatre in Mountain View, California. This means you may need to miss Google's conference if you'd like to attend the Microsoft Build 2018 where a bunch of new announcements from the world of Windows are expected to emerge.

Registrations for the Build conference will begin on February 15, and the full conference pass is priced at $2,495 (approximately Rs. 1,60,540). This includes access to all sessions, content, and the Expo hall alongside all conference meals. Microsoft hasn't yet divulged details related to the sessions planned for Build 2018. However, the official conference site suggests that the theme of this year's convention is 'Code your tomorrow'. You can certainly expect some updates to Visual Studio, SQL Server, and Azure. Also, there might be some consumer-centric announcements related to Cortana, Windows 10, and Microsoft Edge.

At last year's Build conference, Microsoft introduced a bunch of new features like Fall Creators Update, Windows 10 Timeline, Cloud-aware clipboard, OneDrive selective sync and offline folders, Windows Pick up where you left off, apart from a bunch of announcements for the developers.

Tickets for the Build conference are likely to be sold out soon after Microsoft will open the registration window next week. Developers will need to decide whether to go to Microsoft Build or Google I/O, which is being held this year at Shoreline Amphitheatre in Mountain View, California. Registration for Microsoft Build is on first-cum-first-save basis while developers will need to enter a draw to purchase a Google I/O ticket. I/O registrations will open on February 22 at 10AM PST and will remain open till February 27, 5PM PST.