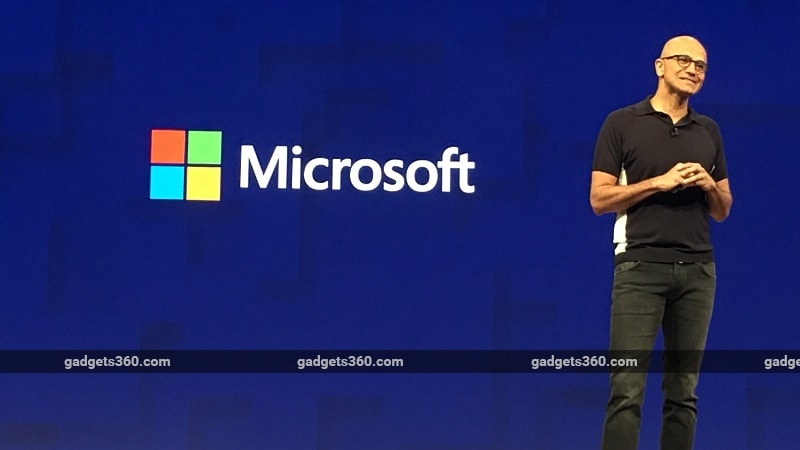 While most announcements were developer facing, Microsoft revealed that in addition to Harman Kardon's Cortana-powered Invoke speaker, the company had entered into partnerships with HP on devices and Intel on reference platforms to bring more Cortana-enabled devices. On the developer side of this announcement, Microsoft said the Cortana Skills Kit was now in public preview (in the US only), allowing developers to "build skills for Cortana by creating a bot and publishing it to the new Cortana channel of the Microsoft Bot Framework."

The Redmond-based company also revealed that there were now 100 million monthly commercial active users of Office 365, which it claims makes it the largest productivity service available.

As we mentioned, Microsoft had several developer facing announcements to make, including some by Scott Guthrie and Harry Shum. To begin with, Guthrie announced the general availability of Visual Studio for Mac, which was released as a preview alongside the Visual Studio 2017 Release Candidate for Windows back in November last year. The Windows version was released for public download back in March.

Guthrie and Shum also announced new Azure data and cloud services as well as new AI services. These will help developers quickly modernise their apps, apart from helping them build intelligent services into them complete with natural user interaction capabilities.

These developer-facing announcements included Azure Cosmos DB, new MySQL and PostgreSQL-managed services, a preview of Azure IoT Edge, availability of extensions and new APIs for Microsoft Graph, improvements to Azure SQL Database, as well as general availability of Windows Server Containers support in Azure Service Fabric, amongst others. Also announced were new AI-based services, such as an expansion of Microsoft Cognitive Services (adding Bing Custom Search and Custom Vision Service, and more) as well as new features for the Microsoft Bot Framework (such as adaptive cards).

Microsoft also revealed that as a new developer on-ramp to Office 365, the company was now allowing any developer to publish apps for Microsoft Teams. "Developers can also add new capabilities to Teams apps, including third-party notifications in the activity feed, Compose Extensions and Actionable Messages," the company noted in a release issued alongside. They will be able to publish apps through the Office Store. New feature additions for developers of Microsoft Teams apps include Compose Extensions and Third-Party Notifications in the Activity Feed.

Finally, Microsoft also revealed that the Office Store is now connected to Microsoft AppSource, which will make it easier for organisations to find the most relevant apps and add-ins to their work. Centralised deployment is now also supported on Office for Mac and Office Online.

Disclosure: Microsoft sponsored a Gadgets 360 correspondent’s flights and hotel for Build 2017 in Seattle.

Amazon Great Indian Sale Starts: How to Get the Best Deals
Why Call of Duty: World War II's India Price Comes as No Surprise