Share on Facebook Tweet Snapchat Share Reddit Email Comment
When Microsoft in March promised free Windows 10 upgrade for all users including those on non-genuine Windows 7 and higher operating systems, the move was seen as an attempt to tap users who were stuck with pirated copies. However, the announcement left many suspicious over Microsoft's ambiguously-worded blog.
In less than two months, the company backtracked, with Terry Myerson, Executive Vice President of the Operating Systems Group, in a blog on Friday clariying that Microsoft will not offer a free Windows 10 upgrade to users of non-genuine Windows copies. Instead a paid upgrade path will be provided.

"When we can't verify that Windows is properly installed, licensed, and not tampered with, we create a desktop watermark to notify the user. If you ever encounter this watermark on a new machine, I encourage you to return the device immediately to the retailer from whom you purchased it and request a Genuine Windows device. Non-Genuine Windows has a high risk of malware, fraud, public exposure of your personal information, and a higher risk for poor performance or feature malfunctions. Non-Genuine Windows is not supported by Microsoft or a trusted partner," noted Myerson. 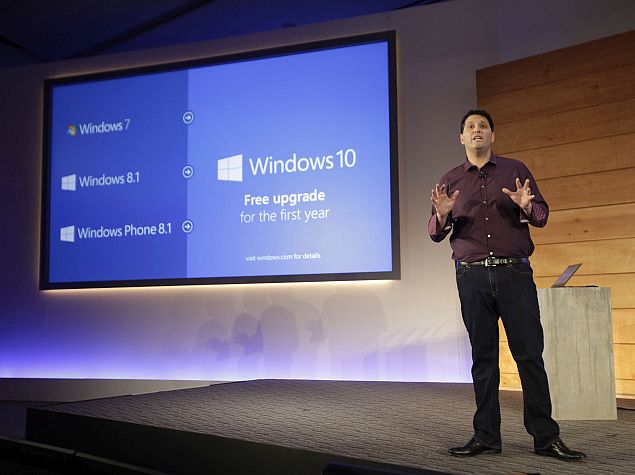 Further, he added that Microsoft, as before, will allow customers running devices with non-genuine Windows to upgrade to Windows 10, confirming that with OEM partners it will offer attractive Windows 10 upgrade offers to users of pirated Windows.

For users who purchased genuine Windows license from Microsoft's OEM partners, the company revealed that it is working to make sure that the upgrade from Windows 7 or Windows 8, to Windows 10 will be seamless.

In other news, Microsoft confirmed that it will take care of updates for Windows 10 Mobile devices. Microsoft in early May had pointed out that the Windows 10 Mobiles devices will be receiving regular updates, the same as Windows 10 for PCs. It said, "Here at Microsoft, we take our responsibility to keep Windows secure seriously. We follow up on all reported security issues, continuously probe our software with leading edge techniques, and proactively update supported devices with necessary updates to address issues. And today, we're announcing this continuous update process applies to all Windows 10 devices, including phones."

A Microsoft spokesperson confirmed to ZDNet that new mobile updates will be consistent to all Windows 10 Mobile devices including personal and business as the case for update process for Windows 10 on PCs.