macOS Catalina will also let you use an iPad as a secondary display via Sidecar.

Apple WWDC 2019: macOS 10.15 Catalina will be available for the public this Fall

Apple on Monday unveiled the new version of macOS, macOS Catalina, during the WWDC 2019 keynote, alongside the latest versions of the company's other platforms — iOS 13, iPadOS, watchOS 6, and tvOS 13. macOS 10.15 Catalina brings a number of changes as well as several enhancements to the operating system. Among the highlights, Apple is splitting iTunes into three apps, making it easier to port iPad apps to macOS, adding support for iPad as a secondary display, and including voice control support. macOS Catalina is now available to the developers as a preview and it will reach the public this Fall.

Starting with iTunes, as rumoured, iTunes is dead, and it is leaving behind three new apps in the form of Apple Music, Apple Podcasts, and Apple TV. The new apps retain the essence of iTunes and everything you love from the super-app and bring a few new tricks of their own.

The lean Apple Music app, without all the bloat of iTunes, is “lightning fast, fun and easy to use,” according to Apple. The new TV app packs support for Apple TV channels, personalised recommendations, access to the iTunes movies and TV shows, and 4K HDR playback with HDR 10, Dolby Vision, and Dolby Atmos. It will also offer access to Apple TV+ when the video streaming service launches this Fall.

Finally, Apple Podcasts will provide users with access to the usual catalogue of podcasts with an option to get notified when a new episode drops. Additionally, Podcasts app will allow users to search through the audio content of podcasts. 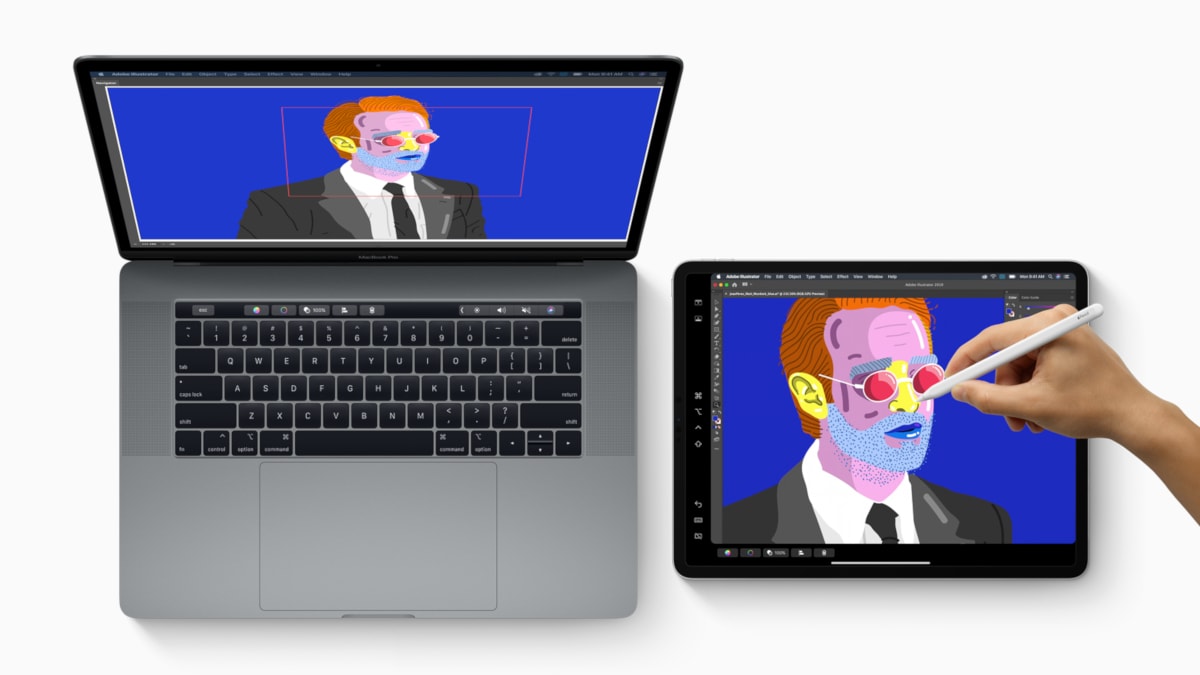 macOS Catalina will allow consumers to use iPad as a secondary display
Photo Credit: Apple

The Cupertino, California-based company also revealed that macOS Catalina will natively support iPad as a secondary display using the new feature called Sidecar. With Sidecar, you will be able to use your iPad to extend your Mac's screen to enhance productivity. Apple Pencil can also be used to draw, sketch or write on Mac app that support stylus inputs using the iPad screen.

Among the apps that consumers can expect to see with Catalina, Twitter will bring its iOS app to macOS and Gameloft will bring Asphalt 9. It remains to be seen how many developers will make use of Catalyst to port their iPad apps to macOS.

Apple is bringing a new accessibility feature to macOS in the form of Voice Control. The new feature will allow macOS users to control everything on their Mac by just using their voice. The feature is not limited to some apps or just some aspects of the operating system, instead it will work with everything.

“Voice Control is a transformative technology that enables users who can't operate traditional input devices to control their Mac entirely with their voice using on-device Siri speech recognition technology, which also ensures personal data is kept private,” the company said in a statement.

Voice Control will also be available on iOS and iPadOS, allowing iPhone and iPad users to control their device with just their voice.

Among other changes, Find My Friends and Find My iPhone are getting clubbed into one app – Find My, similar to iOS 13. It will provide the location of a lost or stolen Mac even when it is offline via other Apple devices.

According to Apple, macOS Catalina will be released this Fall as a free software update for Macs introduced in mid-2012 or later. Developer betas are out already and public beta versions of macOS 10.15 will be available starting next month.