Computer peripherals manufacturer Logitech on Thursday introduced two new products to its lineup of wireless desktop PC accessories - Craft keyboard and MX Sound 2.0 speakers. The Logitech Craft - which comes with the company's Flow multi-device switching feature - is essentially an advanced keyboard for creatives that allows them to adjust values like brush size with a touch-sensitive input dial called the Crown - just like Microsoft's Surface Dial. Besides, the Logitech MX Sound 2.0 speakers are Bluetooth speakers (with wire support) with backlit buttons that seamlessly withi. Both the products will be available to purchase in October at a price of $199.99 (roughly Rs. 12,780) and $99.99 (roughly Rs. 6,400) respectively.

Logitech Craft keyboard
Starting off with the Logitech Craft keyboard, it features Crown, an aluminium touch-based dial that works exactly like Microsoft Dial. You can assign certain values to be manipulated while making a digital art, or even working on a Microsoft Excel sheet. The parameters like brightness, contrast, colour, brush size, chart type, font size, volume, and app navigation can be changed using the Crown by tapping and turning it, in addition with the ability to assign separate apps to be triggered by just a tap.

The Logitech Craft keyboard also features smart illumination technology with backlighting system that can detect the hand movement and adjust lighting automatically depending on the room conditions. It also supports up to three devices at any given time, which can be chosen to work on by touching an Easy-Switch button on both Windows and Mac platforms. As we said, Logitech Craft keyboard will be shipping in October.

"Our new flagship Logitech Craft keyboard is for all creators who spend a lot of time designing and creating - who want to work with greater precision and feel connected to their work," said Art O'Gnimh, global head of keyboards at Logitech in a statement. "The creative input dial gives you instant access to the functions you need, the moment you need them, allowing you to increase your productivity by simply touching the dial. Craft puts you in your creative element - every time you sit at the desk." 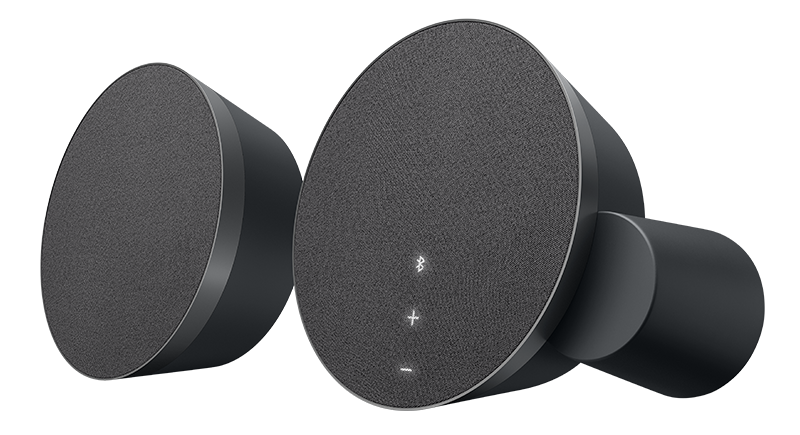 Next comes Logitech's MX Sound 2.0 speakers that can be connected individually via Bluetooth 4.1 or 3.5mm cable. They feature backlit buttons that also detects motion of sound to give pleasurable aesthetics. Up to two devices can be paired with the speaker at the same time. The speaker can also be tilted backwards up to a 10-degree inclination.

As we said, the Logitech MX Sound 2.0 speakers will be available in October - and it's up for pre-ordering right now on company's website.