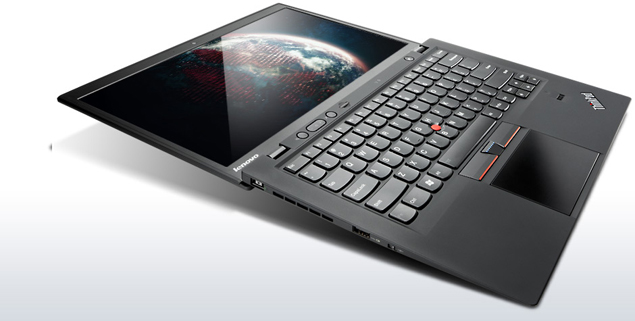 Chinese computer-maker Lenovo, which also sells the IBM brand of PCs, today launched ultrabook named ThinkPad X1 Carbon and said it plans to scale up its Think range of exclusive retail outlets to 30 in the domestic market.

"Currently, we have two exclusive Think Business Stores at Jaipur and Pune. We put up only Think products in these stores based on customer feedback. We now aim to put across 30 such stores," says, Amar Babu, Managing Director, Lenovo India.

According to Lenovo, ThinkPad X1 Carbon is the world's lightest business ultrabook. Babu, however, did not offer a timeline for the rollout of these stores.

Besides, the company has also plans to add another 500 retail outlets in its bid to penetrate deeper, he said.

Basu said the company is quite bullish both in the medium and long-term notwithstanding the current dip.

"The PC penetration in the domestic market is in single-digits as against about 30 percent in other emerging markets like Brazil and Russia. So we have a huge opportunity here.

May be there is a temporary dip but in the medium and long-term we are quite bullish about the growth," he said.

Babu said Lenovo India has grown faster in the last few years, "Last year we grew about 48 percent, which was seven times the industry growth."

"Our enterprise business was strong and now has become even stronger, while consumer and SMB segments have actually gained market share with the kind of synergy that we have put in place," he said.

Declining to offer investment plans here, Babu said that Lenovo has made significant investments to expand its consumer and SMB portfolios besides positioning the brand.

"We have also set up 1,000 odd exclusive franchisees, and have built service network to support our expansion. This investment has helped us grow our market share," he said.

However, the company has not cut down on investment despite the choppy market conditions as Lenovo is here for the long-term, he said.