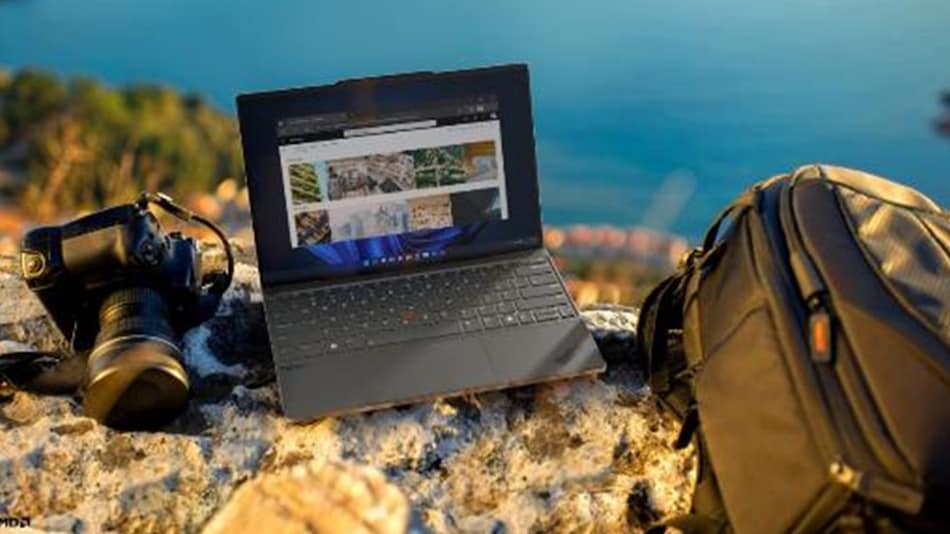 Lenovo ThinkPad Z13 and ThinkPad Z16 laptop models have been launched ahead of CES 2022 that kicks off on January 5. The new models in the ThinkPad series are powered by the latest AMD Ryzen PRO 6000 series processors and run on Windows 11 out of the box. The new ThinkPad Z13 features a 13.3-inch OLED display, while ThinkPad Z16 sports a 16-inch display OLED display. Both the models come with Dolby Vision support, support for low blue-light emission, and Dolby Atmos speaker system with Dolby Voice. Additionally, Lenovo has introduced a new ‘double-tap functionality' on TrackPoint that launches Communication QuickMenu for quick access to camera and microphone settings.

Additionally, the company has launched a new Lenovo Smart Clock Essential, which comes with Alexa in-built and an optional Ambient Light Dock, to enhance its smart home lineup. It has also added updates to the Lenovo Smart Frame.

However, Lenovo has not shared international pricing or availability for the new ThinkPad laptop models yet.

For security, ThinkPad Z13 has integrated Lenovo's match-on-chip fingerprint reader into the keyboard and uses Microsoft Pluton security processor. Lenovo has provided an infrared full-HD camera with dual-array microphones and an aperture of f/2.0 along with eShutter on the new laptop.

Lenovo ThinkPad Z13 is backed by a 50Wh battery with Rapid Charge fast charging support that Lenovo claims can deliver ''incredible battery'' life in applications like Teams and Zoom. In terms of dimensions, it measures 294.4x199.6x13.99mm and weighs 1.25kg.

Lenovo ThinkPad Z16 is powered by AMD Ryzen Pro processor integrated with AMD Radeon graphics or optional AMD Radeon discrete graphics. It can be coupled with up to 32GB of LPDDR5 RAM and up to 2TB of PCIe SSD. This laptop also includes a Microsoft Pluton security processor.

The India launch details of the Lenovo's new ThinkPad laptops and smart home accessories are yet to be announced.

As the name suggests, Lenovo Smart Clock Essential is a smart clock with in-built Alexa voice assistant support that allows users to control the smart home device hands-free. It has an LED display and can be used for setting timers, alarms, and reminders. Also with Alexa, users can even add products to their Amazon cart or control their smart home devices.

It has a USB port for charging and allows connectivity over Wi-Fi. It features a 3W smart speaker that plays music from Amazon Music and similar streaming apps, as well as audiobooks and podcasts.

With Lenovo Smart Frame, which was also launched alongside, images from a phone can be exhibited on it. The digital frame also allows posting virtual sticky notes now. Lenovo Smart Frame is said to get support for Instagram soon and is now on sale in the US and Australia.

What are the best phones of 2021? We discuss this on Orbital, the Gadgets 360 podcast. Orbital is available on Spotify, Gaana, JioSaavn, Google Podcasts, Apple Podcasts, Amazon Music and wherever you get your podcasts.