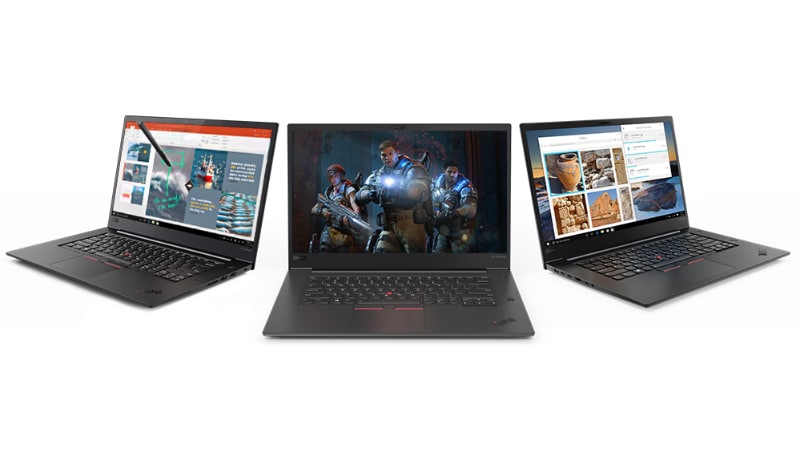 Lenovo ThinkPad X1 Extreme comes to India with a starting price of Rs. 1,97,471

Lenovo ThinkPad X1 Extreme that was unveiled at the IFA conference back in September last year has now been launched in India. The ThinkPad X1 Extreme is designed with a list of multimedia and gaming capabilities. Lenovo has also provided discrete Nvidia graphics as well as features such as Dolby Vision HDR support as well as USB Type-C based Thunderbolt 3 connectivity to take on the competition. There are also options such as 1TB of SSD and Intel Core i7 processor. Lenovo brought an Intel Core i9 variant at IFA 2018, though it is yet to arrive in India. Moreover, the ThinkPad X1 Extreme comes in India with a starting price of Rs. 1,97,471.

The Lenovo ThinkPad X1 Extreme price in India has been set at Rs. 1,97,471 for the base variant that comes with an Intel Core i5 processor along with 16GB of RAM and a 512GB SSD. There is also the Intel Core i7 variant along with 16GB RAM and 512GB SSD at Rs. 2,04,479. Both Lenovo ThinkPad X1 Extreme are available exclusively through Lenovo's official website.

Lenovo is also taking pre-bookings for the 1TB SSD variant of the ThinkPad X1 Extreme that comes with a price tag of Rs. 3,02,015. This variant will be shipped starting January 10. However, the company hasn't brought the top-end variant with an Intel Core i9 processor that was unveiled at IFA 2018 alongside the inferior models.

The Lenovo ThinkPad X1 Extreme is the company's latest model based on the 15-inch form-factor. Its design matches the aesthetics of the X1 Carbon - with four layers of reinforced carbon fibre for the outer structure and an aluminium alloy for the bottom cover. The notebook is also touted to be tested against 12 military-grade requirements and more than 200 quality checks to run in extreme conditions.

Lenovo has provided a 15.6-inch display on the ThinkPad X1 Extreme that comes in UHD (3840x2160 pixels) HDR touchscreen with Dolby Vision support and FHD (1920x1080 pixels) IPS antiglare non-touch supported panel options. Under the hood, the machine has up to Intel Core i9 processor, coupled with Intel UHD Graphics 630 and Nvidia GeForce GTX1050Ti 4GB GDDR5 graphics card as well as up to 64GB DDR4 RAM.

The ThinkPad X1 Extreme sports a spill-resistant, backlit keyboard that comes with white LED lighting and is accompanied by a multitouch glass touchpad. For audiophiles, there are enhancements such as Dolby Audio Premium, Dolby Atmos for headphones, and noise-cancelling, dual-array, far-field microphones.

Lenovo has provided an 80WHr battery on the ThinkPad X1 Extreme that is claimed to deliver up to 15 hours of power on a single charge. The notebook also supports RapidCharge that is rated to offer 80 percent of power in one hour. Besides, the new model measures up to 18.7mm in thickness and weighs up to 1.8kg.