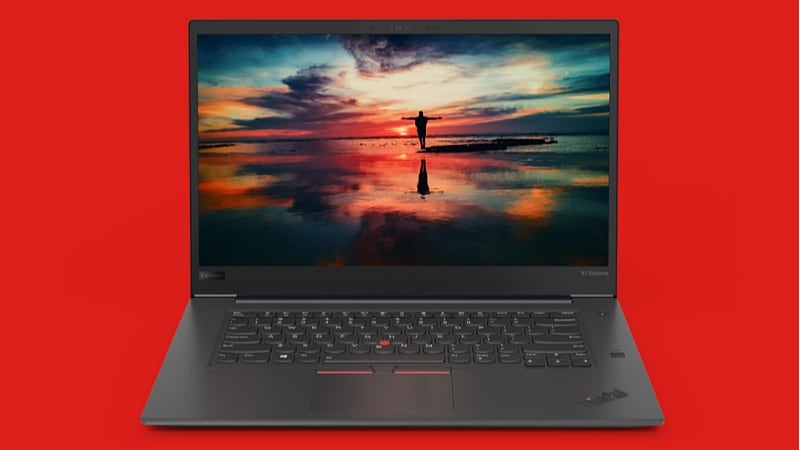 Lenovo ThinkPad X1 Extreme to be available from September

Lenovo has added a new member to its ThinkPad family of laptops, called the ThinkPad X1 Extreme and just as the name suggests, it aims to offer everything we know and love about ThinkPad line but with added multimedia and gaming capabilities. The ThinkPad X1 Extreme introduces a new 15-inch form-factor and a discrete Nvidia graphics card while still maintaining the slim and light profile. The laptop will be available from September starting at $1,859 (roughly Rs. 1,27,600) while the Core i9 version of the laptop will be available come December.

The X1 Extreme aims to blend consumer and enterprise features into a single machine. The design is very familiar to the X1 Carbon and just like it, the X1 Extreme too features four layers of reinforced carbon fibre for outer structure while an aluminium alloy is used for the bottom cover to help dissipate heat.

The laptop is highly configurable too. It supports Intel 8th generation Core i7 CPUs with vPro, with the i9 option coming later in the year. The unit that was shown to us was running an Intel Core i7-8850H six-core, multi-threaded CPU with a base clock speed of 2.6GHz. Other components include upto 64GB of DDR4 RAM (2,666MHz), dual PCIe M.2 SSDs in RAID (up to 2TB total capacity) and an Nvidia GeForce GTX 1050 Ti with MaxQ and 4GB of GDDR5 RAM. The 15.6-inch display goes up to a 4K resolution with DolbyVision HDR support, touch input and supports a rechargeable Lenovo Pen Pro stylus. It's also available with a Full-HD, non-touch IPS panel which has 300nits of brightness.

Physical connectivity includes two USB 3.1 ports, two USB Type-C ports (Thunderbolt 3), a headphone and microphone combo socket, HDMI and a SD card reader. For security, the X1 Extreme supports Smartcard, a fingerprint sensor, IR camera for Windows Hello, ThinkShutter camera cover for privacy, Kensington lock slot and TPM 2.0 module. Wireless connectivity includes Bluetooth 5.0 and dual-band Wi-Fi 802.11ac with 2x2 MIMO antennas. The laptops also support Dolby Audio and Dolby Atmos for headphones. The X1 Extreme measures up to 18.7mm in thickness and weighs up to 1.8kg. The laptop is rated to deliver up to 15 hours of battery life with the 80WHr battery. It also supports RapidCharge which is said to offer an 80 percent charge in one hour.

Disclosure: Lenovo sponsored the correspondent's flights and hotel for the trip to IFA, Berlin