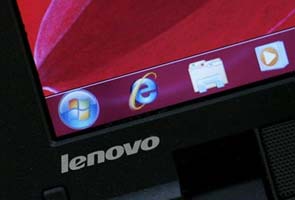 Lenovo Group Ltd, the world's second largest PC maker, said on Friday it has offered no new guidance on its growth predictions, a day after a Taiwan newspaper report that it had halved its growth forecasts sent its share price tumbling.

Lenovo's shares closed down 9.4 percent on Thursday following the report that it had halved its projection for growth in personal computer shipments. The stock was trading down 0.9 percent by 0146 GMT on Friday in a broadly weaker market.

"Lenovo has issued no new guidance to suppliers or manufacturing partners regarding its growth estimates and we continue to be confident that we will outgrow the market worldwide," the company said in an emailed statement.

"Lenovo has a hybrid manufacturing strategy (ODM and in-house) that is a significant competitive advantage. Accordingly business done with ODMs does not fully reflect the performance of our underlying business."

ODMs, or original design manufacturers, design and make products that are branded by other firms.

Barclays said in a report that Lenovo had reiterated its guidance for shipment growth of 15-20 percent for fiscal year 2013, following the newspaper report.

Lenovo, which lags market leader Hewlett Packard in the global PC market, generally does not provide forecasts to the market.

The company did not immediately respond to a request to comment on the 15-20 percent guidance figure given by Barclays.