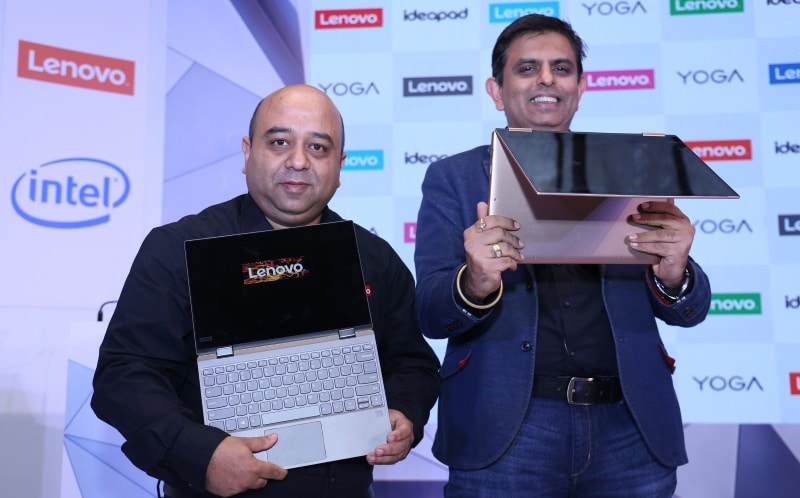 The note ban did have a slight impact on the adoption of technology and purchasing trends in the country but that phase is now over and gaming PCs, along with convertible laptops, will drive the next level of growth in the personal computers' space, a top Lenovo India executive has stressed.

Saying that demonetisation cooled down the demand for PCs in India, market research firm Gartner said earlier this week that worldwide PC shipments saw a 4.3 percent decline in the second quarter of 2017. It added that the PC industry globally is in the midst of a five-year slump and this is the 11th straight quarter of declining shipments.

In the Asia-Pacific region, PC shipments witnessed a decline of 5.1 percent in the quarter and, in India, "the PC market was primarily affected by market dynamics coupled with the absence of a large tender deal compared to a year ago and higher PC prices brought about weak market growth," Gartner said.

"The market is only looking up. Demonetisation was a blip and it created an instability for a short time -- 15 days or a month. We were all surprised with the way the market has bounced back," Rajesh Thadani, Executive Director-Consumer Business and Ecommerce, Lenovo India, told IANS.

"After the demonestisation, we saw that demand for premium devices (priced more than Rs. 50,000) doubled. The mainstream market - devices which are available for nearly Rs. 30,000 - is also growing," Thadani added.

According to the latest "Quarterly Personal Computing Device Tracker" by market research firm IDC, Lenovo, with 17.7 percent market share, came third in India for the first quarter of 2017.

Globally, Lenovo shipped 12.1 million units in the second quarter of 2017 and recorded 19.9 percent market share to grab the second spot, according to Gartner.

Aiming to change these figures, Lenovo on July 19 unveiled new additions to its Yoga and Ideapad range of future-ready laptops.

With this, the Chinese technology major has targeted mainstream and premium segment customers with devices ranging from as low as Rs. 17,800 to a highest of Rs. 74,850.

"The consumers today are no longer satisfied with a basic PC and want more power in it. There is a small set of customers who are deal seekers and want value for money, but those who want New Age devices and have spending capacity are growing very fast. I think this is the trend we are witnessing in the Indian consumer industry," Thadani noted.

Even gamers are now shelling out more money to get a top-of-the-line experience.

"When the cash was going out of the system owing to the note ban, Lenovo changed the strategy and offered discounts on credit cards, EMI schemes and tied up with third-party vendors. This helped us create even more demand," the Lenovo executive told IANS.

Thadani highlighted that in mature markets like Japan, the PC market is declining but when it comes to evolving markets like India where PC penetration is still low, the demand is growing.

Talking about GST, he said that the move has forced businesses to become more structured.

"We see a lot of opportunity because enterprises and traders are now joining the new tax regime. They would need infrastructure and this is where companies like Lenovo will benefit by providing them solutions," Thadani said.

Going forward, the company is building products around Virtual Reality (VR) and new technologies where the devices will be Cloud-enabled.

"It's still early to talk about, but this is something that we look forward to. With the technologies around Microsoft Cortana, Lenovo will come with devices that will fulfil the current and growing needs of the consumers," Thadani said.