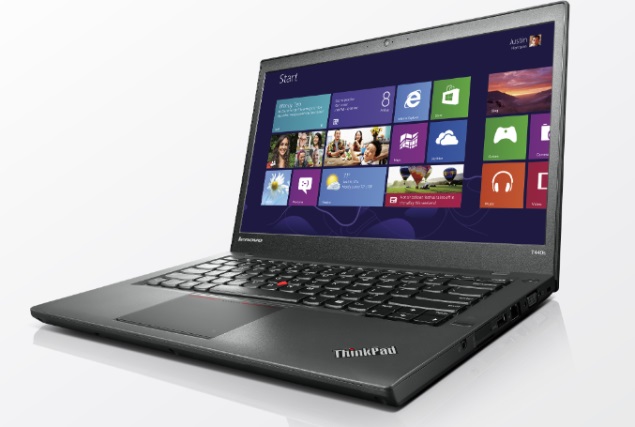 Lenovo in an effort to extend its reach to the enterprise segment in India, has announced the ThinkPad S1 Yoga convertible ultrabook, apart from a new range of ThinkPad ultrabooks, namely the ThinkPad T440, ThinkPad T440s, and ThinkPad X240s.

The Lenovo ThinkPad S1 Yoga is a convertible ultrabook and features multi-modes. Much like other Yoga devices, the ThinkPad S1 Yoga can be flipped complete at 360 degrees, from laptop mode to stand mode and tent mode to tablet mode. It is based on Windows 8.1 and features a 12.5-inch HD touch display. It comes with a 1TB HDD and is also available in SSD variants. The company has also preloaded the Intel SBA platform, which supposedly allows users to better manage security and ensure business continuity.

The Lenovo ThinkPad T440 runs Windows 8 and features a 14-inch HD touchscreen. As per the company, the ThinkPad T440 comes with optional multi-touch capability, and a trackpad that supports Windows 8 gestures. It packs 1TB HDD while the company claims the ultrabook can deliver up to 10 hours of battery life, thanks to use of Intel's fourth generation Core processor.

The Lenovo ThinkPad T440s features carbon-fibre top, which according to the company makes the ultrabook light and durable. Much like the ThinkPad T440, the ThinkPad T440s also sports a 14-inch HD display. It comes in 320GB HDD option as well as includes 1TB and SSD options as well. It is based on the Windows 8 Pro.

Commenting on the launch, Rahul Agarwal, Executive Director, Commercial Business Segment, Lenovo India said, "ThinkPads are known for their reliability and pioneering innovation, and over the years the Think range of products have come to be highly revered by enterprise users. The new models of Ultrabooks meet and exceed the requirements of today's workforce that needs portable, yet powerful computing devices. As we continue to grow in this PC+ era, multi-media devices like these, will add a new dimension to our existing portfolio of enterprise products and redefine the concept of enterprise computing in India."