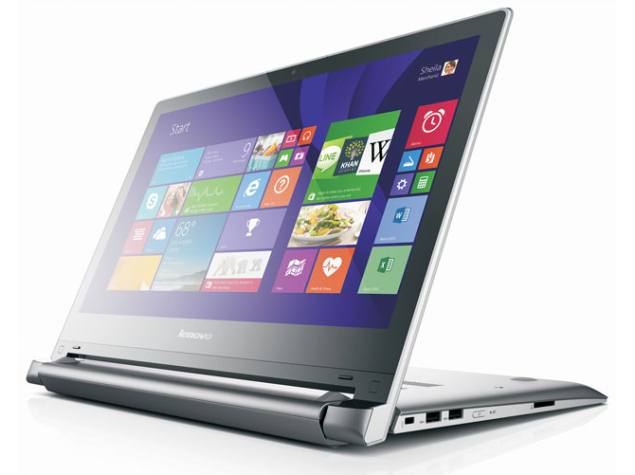 Lenovo on Monday announced two new additions to its Flex range of convertible laptops, as well as a new all-in-one desktop which features Lenovo Motion Control.

Consumers can purchase them either with an Intel Core i7 processor coupled with an Nvidia GPU, or the options of AMD A8 APU with the AMD Radeon R5 M230 graphics chip. Storage capacity is offered up to 1TB of hard drive as well as a hybrid solid-state hard drive option, or up to 256GB of solid-state storage.

Lenovo A540 AiO desktop uses company's Motion Control technology (a 12-gesture collection of hands-free media controls). The machine comes with all-aluminium enclosure keyboard and a mouse. Its aluminium frame around the display at its thinnest point is just 4 millimetres.

The A540 AiO will come with CPU options up to an Intel Core i7 and discrete graphics up to an Nvidia GeForce GT 840.

Lenovo had earlier announced the MIIX2, and the Flex 14D and 15D convertible laptops, during the Consumer Electronics Show 2014.
Comments