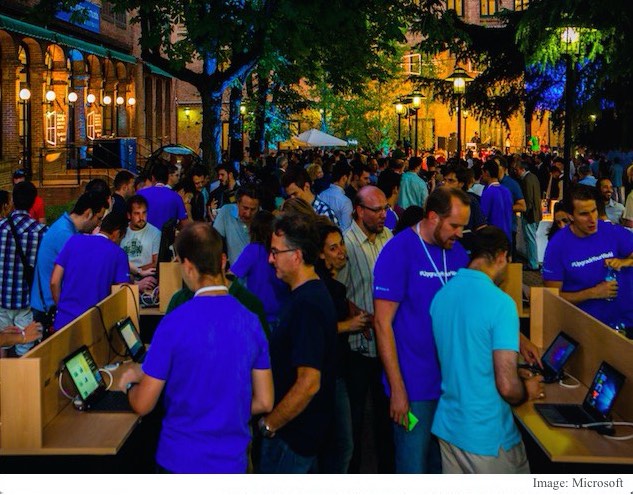 In less than a week since the global release of Windows 10, the latest desktop operating system from Microsoft is getting criticised by privacy advocates and users alike. Some are even saying that the real price of Windows 10 - which is being marketed as a free upgrade - is actually users' privacy.

First up is Wi-Fi Sense, a feature that lets your friends automatically connect to your Wi-Fi network. The tool, enabled by default, does so by sharing your Wi-Fi credentials with your Outlook, Skype, and Facebook contacts. The company notes that it does so over an encrypted network but many users are worried about the potential abuse of this feature. Not to forget, there could be people you don't know so well in your Outlook, and Facebook accounts who too will be able to use your Wi-Fi network. Furthermore, there are security implication that if someone manages to connect to your Wi-Fi, technically, they could find their way to connect to other devices as well, though Microsoft notes that it is not possible.

Windows 10 also introduces an ad-riddled version of Solitaire. Unlike Windows 8 and other earlier versions of Microsoft's desktop operating system (going back to Windows 3.0), Windows 10 doesn't ship with an ad-free version of the popular game. Instead, the company is providing users with a freemium version which is riddled with unskippable video ads. If you want to avoid ads, you will have to pay Microsoft a sum of $10 every month.

The company is seemingly trying to bolster its advertising efforts with Windows 10. As pointed out by The Guardian, Microsoft has assigned a unique advertising ID to every registered email address. The company's 45-page terms and conditions document is getting flak as well. The European digital rights organisations says that "Microsoft basically grants itself very broad rights to collect everything you do, say and write with and on your devices in order to sell more targeted advertising or to sell your data to third parties."

Windows 10 also sports Cortana, its digital voice assistant. As we noted in our review, it's a very handy application that integrates with the system to take notes, give you reminders, and recognise songs among other things. But the secret sauce behind this is all kinds of data it retrieves from your email and text messages including "who you call, your contacts and how often you interact with them on your device."

In Windows 10, Microsoft also uses your data bandwidth to update others' computer. Called Windows Update Delivery Optimisation, the feature uses your bandwidth to upload parts of update files that you've already downloaded with other users on your local network as well as strangers on the Internet. This sort of works like peer-to-peer network wherein instead of a centralised server, files are distributed among the connected computers. The only difference is that a centralised server exists in this case. This feature, which is also enabled by default, also has many users worried. Especially in countries like India where most broadband connections have data caps, Windows 10 could be eating into people's quota without their knowledge.

Microsoft is also not letting Windows 10 Home users decide when and what updates they want to install on their computer. While the company has since offered a tool to pause updates, but the users who wouldn't download and install it manually, will have no say on the stream of updates Microsoft will be beaming to their computer. Not only will it eat up a large chunk of your data bandwidth, but also if things go wrong - as has happened in the case of Nvidia users - the update could break one's computer.

Have you updated to Windows 10 yet? What's your experience like so far? Let us know via the comments.