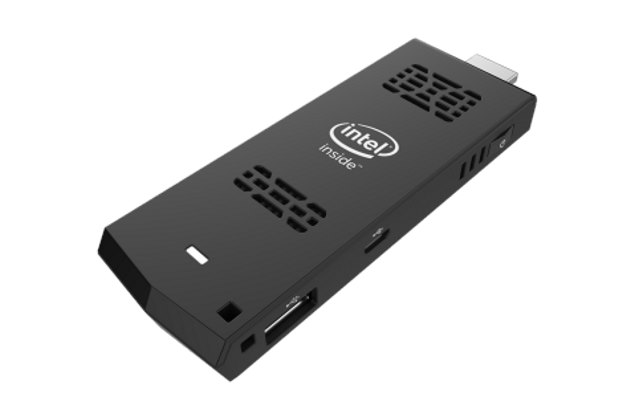 Intel has taken the wraps off a new miniature PC in the form of a four-inch-long HDMI dongle.The Intel Compute Stick is roughly the size of a Google Chromecast and plugs into an HDMI port the same way. It will come with Windows 8.1 preinstalled, and will provide a full PC experience.

The Intel Compute Stick will be priced at $149 (approximately Rs. 9,434) when it launches at an unannounced date later this year. It requires a Micro-USB power source but all its components are contained entirely within the dongle.

Intel has not published much information, but the Compute Stick is based on a low-power quad-core Intel Atom processor (Bay Trail), much the same as the ones powering recently launched low-cost Windows tablets. The Tech Report says it will have 2GB of RAM and 32GB of embedded flash storage. Wireless communications will be built in, which should encompass modern Wi-Fi and Bluetooth standards. The Compute Stick has one full-sized USB port and a microSD card slot.

Another model with 1GB of RAM and 8GB of storage will also reportedly be launched for $89 (approximately Rs. 5,640) but will run Linux rather than Windows.

Intel describes the Compute Stick as suitable for home users, businesses and embedded applications. While it can be used with a TV for light computing, communications, media playback and Web streaming, it could also enable affordable thin-client installations, digital kiosks, and many more such solutions.

Meanwhile at the ongoing 2015 Consumer Electronics Show in Las Vegas, Intel also showed off a line of refreshed mini PCs under its NUC (Next Unit of Computing) line. The new models have smaller bodies than their Haswell predecessors, and have been updated with fast M.2 SSDs in addition to new low-power Broadwell U processors. NUCs have also found favour in industrial and embedded applications.
Comments