Users with no prior overclocking experience will be able to boost performance with one click. 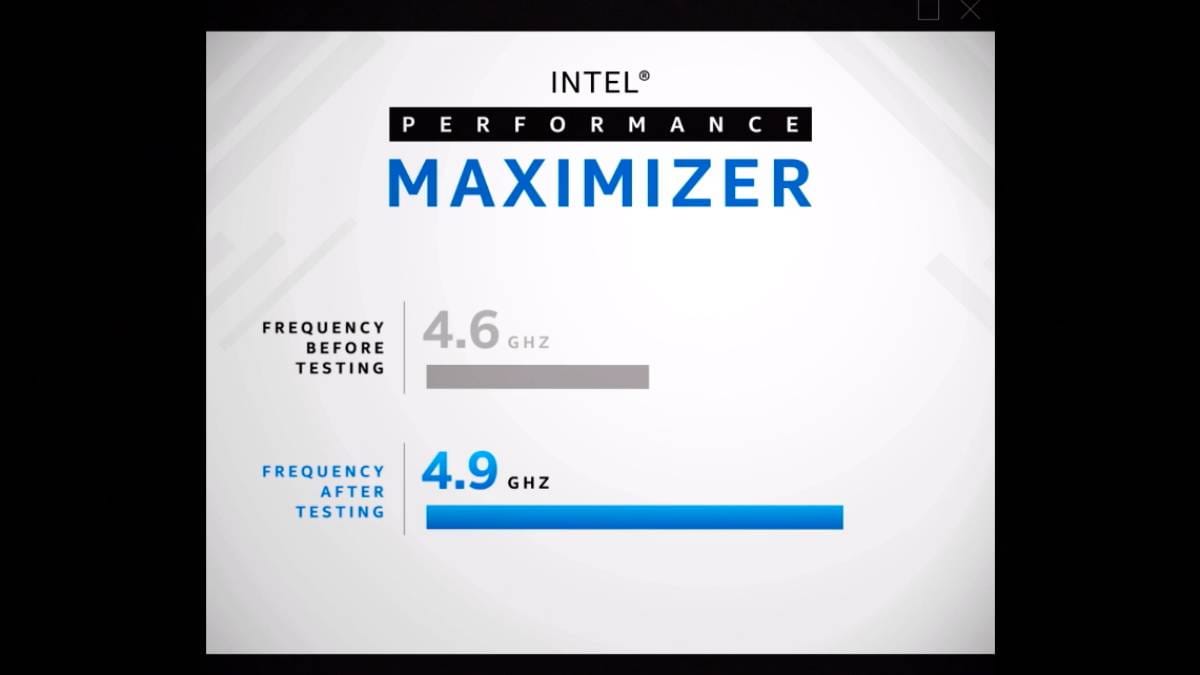 Intel has released an automatic overclocking tool called Intel Performance Maximizer for its unlocked desktop 9th Gen Core CPUs, allowing people to squeeze extra performance out of their computers even if they don't have the patience and experience that is usually necessary for manual overclocking. The tool promises to take the guesswork and repetition out of stress testing components and trying various combinations of settings, and will offer personalised settings depending on a user's PC configuration. Intel first unveiled the tool at its Computex 2019 keynote at the end of May, and it is now available as a free download from Intel's website.

The Intel Performance Maximizer currently works only with unlocked 9th Gen desktop CPUs and their counterparts that lack integrated graphics. These are the Core i5-9600K, Core i5-9600KF, Core i7-9700K, Core i7-9700KF, Core i9-9900K, and Core i9-9900KF. The special edition Core i9-9900KS is not named in Intel's compatibility list, but might be added when it ships. Users will also require a motherboard with the Intel Z390 platform controller - the Z370 is not supported. The Windows 10 October 2018 Update or later version is also required.

Intel says that the software can intelligently test a PC's overclocking threshold and come up with a personalised profile that maximises clock speed keeping voltages and temperatures in check as well as the individual characteristics of the CPU being used. The software will periodically update this profile to account for any conditions that might adversely affect performance. Users simply have to run a test and then decide whether or not to accept the recommended profile.

The tool offers capabilities similar to AMD's Ryzen Master software, and is in keeping with Intel's renewed commitment to high-end PC enthusiasts, though it targets those who would not necessarily be confident enough to experiment with manual overclocking through the BIOS or motherboard manufacturers' tools.