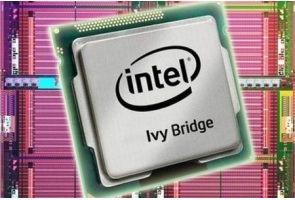 The new generation processor, code-named "Ivy Bridge," is the first to be made with a 3-D structure, which allows the chips to process information faster, while consuming less power, Intel said in a statement.

Devices based on the new quad-core range will be available beginning next week from leading system makers. The company, however, did not disclose the price.

As a result, people can create and edit videos and photos, surf the Web, watch HD movies or play mainstream games quicker and the experience is better, it added.

The new chipsets have as much as 10 per cent improvement in microprocessor performance and will help extend Intel's overall performance leadership, it said.

In the coming months, additional versions of the 3rd generation Intel Core processors will be available to power a new range of systems ranging from Ultrabook devices to servers and intelligent systems in retail, healthcare and other industries.