Intel has formally unveiled its 7th-gen lineup of desktops and laptop processors, codenamed 'Kaby Lake', ahead of CES 2017. The announcement follows the launch of lower-power 7th-gen variants in the second half of last year, which are already shipping in Ultrabooks and 2-in-1s. Today's launch is aimed at gamers, enthusiasts, and mainstream PC users. 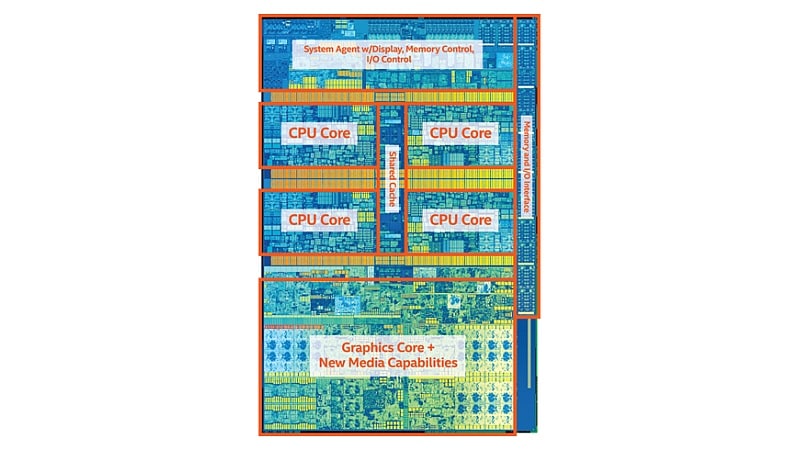 Kaby Lake is most notable for being an unplanned entry into Intel's product roadmap. In mid-2015, the company announced that its 10nm manufacturing process would be delayed long enough to warrant the insertion of a whole new 14nm generation, thus breaking the two-year "tick-tock" cycle of alternating architectural refreshes and process shrinks. Kaby Lake is an "optimisation" step in the new "process-architecture-optimisation" strategy.

Intel says that by using a refined "14nm+" manufacturing process, performance gains can be squeezed out of each processor regardless of architectural changes. The main difference between Skylake and Kaby Lake processors is their integrated GPUs. Intel has introduced new acceleration blocks for HD and 4K video in the H.265, VP9 and HEVC formats, which greatly improve speed and reduce power consumption.

Desktop Kaby Lake processors are pin-compatible with Skylake, and should work in the same motherboards. Even so, new boards using the new 2XX platform controllers will hit the market alongside Kaby Lake. Intel has announced the Z270, which supports overclocking and multiple graphics cards; the H270 and H210 for mainstream and budget users respectively.

Asus, Gigabyte and MSI are amongst those announcing their 2XX-series motherboards on Tuesday.

Dell Latitude 5285 2-in-1 Business Laptop Launched Ahead of CES 2017
Reigns 2 Announced; Free Expansion for Reigns to Release in February