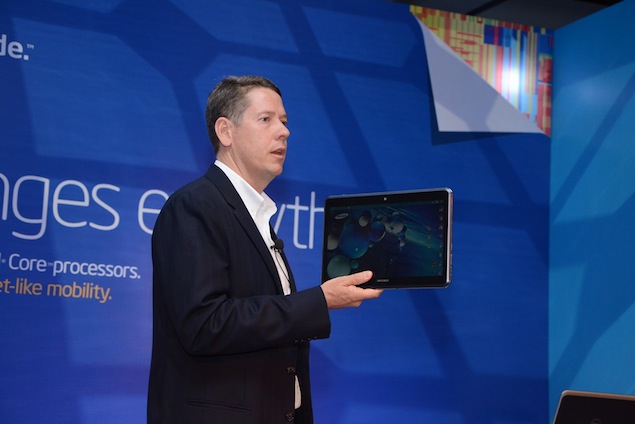 Intel's new generation of processors - codenamed Haswell - have been formally launched in India.

The fourth-generation Intel Core processors were unveiled earlier this month at Computex. The processors deliver up to 50 percent increase in battery life over the previous generation, equating to 9 hours of battery life in day-to-day usage for some ultrabooks based on the new processors.

Speaking at the launch, Leighton Phillips, Director, Product Management & Pricing, Intel Asia-Pacific, said, "Today we deliver on the vision set forth two years ago to reinvent personal computing with the introduction of our fourth-generation Intel Core processors."

Fourth-generation Intel Core processors are designed keeping in mind the changing usage pattern of consumers, with a shift from traditional computing devices like desktops and laptops to portable gadgets like tablets and convertibles. In addition to the 50 percent improvement in battery life mentioned earlier, the new generation processors show two to three times improvement in standby time.

The improvements are not limited to battery life, with solid gains in performance as well. According to Intel, "every day computing" is approximately "two times faster than a similar four-year old computer" and up to 15 percent faster than the previous generation. Machines based on fourth-generation Intel Core processors wake up faster, and are faster at every day tasks like editing HD videos.

"Improvements have been made keeping in mind the user's needs and requirements of a power efficient, high performance device," Ghosh added.

Apple was the first manufacturer to unveil products based on the fourth-generation Intel Core processors in the Indian market, with the launch of new MacBook Air models that are expected to be available sometime next month. Leading PC manufactures are expected to follow suit soon, with the likes of Dell, Asus and Acer having announced Haswell-based products in the other markets.