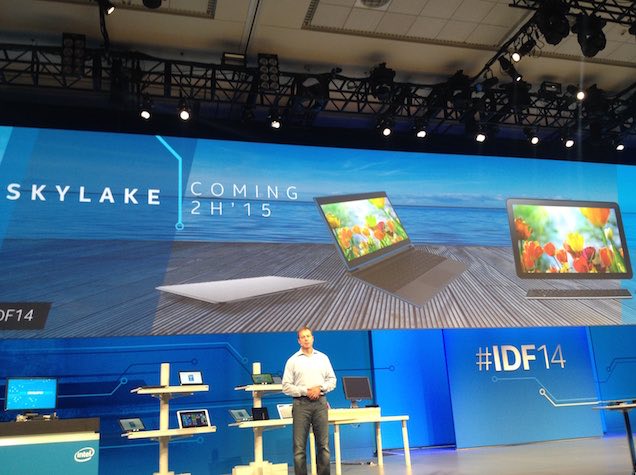 Intel used the annual Intel Developers Forum in San Francisco this week to announce and demonstrate its next generation micro-architecture. Codenamed Skylake, the chips will use the 14nm architecture that debuted with Broadwell, which has just started shipping.

Intel says it has ironed out the yield issues that delayed the Broadwell family and it is confident of shipping Skylake chips in the second half of 2015. Which means if everything goes as planned, we should see the first Skylake-powered products in the market in time for holiday season next year.

While Intel did not reveal many details about Skylake, we did let a look at Skylake chips in action. During the keynote on Tuesday, Intel showed a development version of the chip running 3DMark. In another session on Wednesday, Kirk Skaugen, Senior Vice President, General Manager PC Client Group at Intel, demonstrated Torchlight II running on Skylake chips highlighting the "stunning stability and performance already available on this reference system."

Skaugen also used the opportunity to say that Intel has firmly put the 14nm production issues behind and is already setting its sights on 10nm.

"14nm is alive and well," said Skaugen, "we have line-of-sight to 10nm and Skylake's on track for launch and production in the second half of 2015, which is coming right around the corner. We have a tremendous amount of momentum here at IDF in getting the Skylake designs a go."

Disclosure: Intel sponsored the correspondent's flights and hotel for IDF