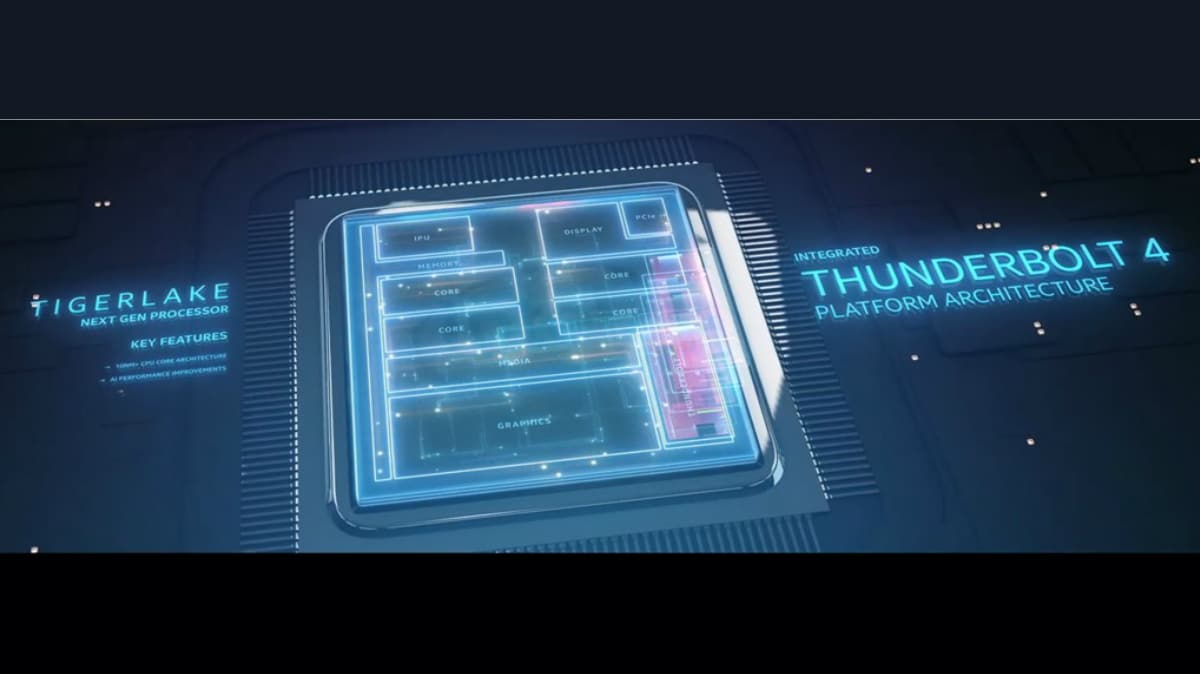 Thunderbolt 4 should be introduced with Tiger Lake CPUs

At CES 2020, Intel announced its Tiger Lake CPUs, and these new processors will come with Thunderbolt 4 support. The next-gen external connector from Intel is confirmed to come with the new 10nm CPUs this year, but the chipmaker has avoided revealing too many details as of now. Intel claims that Thunderbolt 4 will be four times faster than USB 3.1 which offers 10Gbps data transfer speeds. This means that Thunderbolt 4 will top out at 40Gbps speeds, similar to that of the four-year-old Thunderbolt 3.

While Thunderbolt 4 is supposedly not faster than Thunderbolt 3, updating the version number could mean few tweaks are well in store. Intel is remaining mystical on the details for now, but the company should shed some light once its launch nears. Intel spokeswoman Sarah Kane told CNET that the company plans to share more details on Thunderbolt 4 later. She claims, “It standardises PC platform requirements and adds the latest Thunderbolt innovations.”

Thunderbolt ports are found on premium devices like Apple's MacBook laptops and Dell's XPS laptops, but haven't been adopted as widely as Intel would've hoped. USB continues to be strong competition with the USB 4 announced last year. USB 4 should arrive in products this year, and claims to offer 40Gbps data transfer speeds, similar to that of Thunderbolt 3.

The upcoming 10nm Tiger Lake CPUs will feature integrated Xe graphics, improved AI integrations and native Thunderbolt 4 and Wi-Fi 6 for connectivity. The company says that manufacturers will start receiving Tiger Lake CPUs in summer 2020, so laptops with the new processors can be expected to launch sometime by the end of this year.