CES 2018: Intel Hopes ‘Immersive Media’ Will Drive VR in Film Making and Beyond 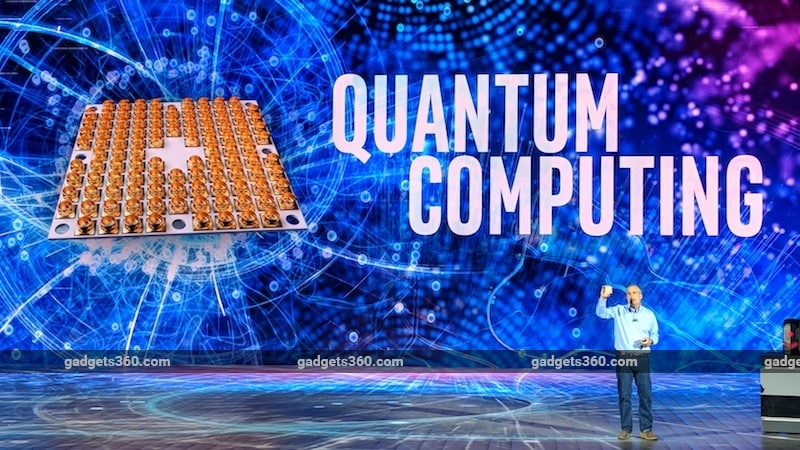 Intel officially kicked off CES 2018 with the opening keynote delivered by none other than the company's CEO, Brian Krzanich. Data is the big talking point for Intel but it's what the company plans to do (or wants to do) was the most interesting bit of Monday's keynote. Just before Krzanich took the stage to address the members of the press, we witnessed quite a spectacle where musicians played on 'invisible' instruments, using special smart gloves and Intel's RealSense camera to capture the precise movement of the musician's hand gestures and finger movements to generate the desired musical notes. We also had synchronised Intel Shooting Star quadcopter drones fly around and light up to the tune of the song and artificial intelligence (AI) musicians learnt musical notes from their human counterpart in real time, which used Intel's Movidius neural compute engine. All of this was possible through the unique way existing data was processed or as Krzanich puts it, "the unseen driving force of the next wave of technological revolution."

'Immersive media' will be the next big revolution according to Intel and will bring about big changes to spaces like retail, travel, medicine, film and live entertainment. The basis for this is something called volumetric video, which also captures depth or volume data in addition to pixels, thus giving you a much larger data set and new ways to manipulate it. These individual data points, called voxels, are being used to gain new perspectives in the field of VR. Intel is currently using its True VR platform in a variety of sporting venues like Major League Baseball, PGA Tour, NFL and the NBA. It involves placing dozens of True VR cameras around the stadium, thereby giving you real-time volumetric data of game, as it's happening. With the data from the voxels, users will be able to change the perspective when they view it in VR, in real-time and even get a first-person view of the players on the field. Intel is also the worldwide partner for the upcoming Olympic winter games and will have its technology deployed to cover most of the events.

However, it doesn't stop at live sports as Intel claims the next big innovation is in motion entertainment. In order to facilitate the production of volumetric video for film production Intel has built the largest studio space yet, aptly cubed Intel Studios, in Los Angeles, which is designed for the production of VR and AR content. Krzanich deems this as "a new beginning to a new type of content production." He further stated that Intel is in an exploratory partnership with Paramount Pictures, for future movies to be shot with this technology. We were given video demo which was shot using True VR. The end result looks pretty cool as you're able to change perspectives as desired and freeze a scene so you can rotate the view for a better angle. Krzanich said that the technology is still in its early stages but this will not be restricted to films as even TV and advertising can benefit from it.

But what's next? Krzanich gave us a glimpse into what Intel is working on and where the future of computing lies. Neuromorphic computing is one area which Intel is exploring. The idea here is to simulate the human brain but in computing terms, which means learning more with less data and the ability to make complex decisions and adapt over time. Intel has developed a first-of-its-kind self-learning chip, codenamed Loihi and while it's still in the prototype phase, the company is said to be sharing this chip with leading university and research institutions in the first half of this year. Krzanich also announced that it has made big strides in quantum computing, as it has delivered a 17-qubit superconducting test chip for quantum computing to QuTech, Intel's quantum research partner in the Netherlands. In the autonomous vehicle space, Intel and Mobileye will begin gathering a mapping data as early as this year, with the help of the latter's Road Experiment Management (REM) system. Finally, as a surprise to everyone present at the keynote, Krzanich gave a live demo of the Volvocopter - an autonomous copter designed to ferry passengers around a city. This was obviously done in a controlled environment, with a transparent barrier between us and the copter, but was still pretty cool to watch.