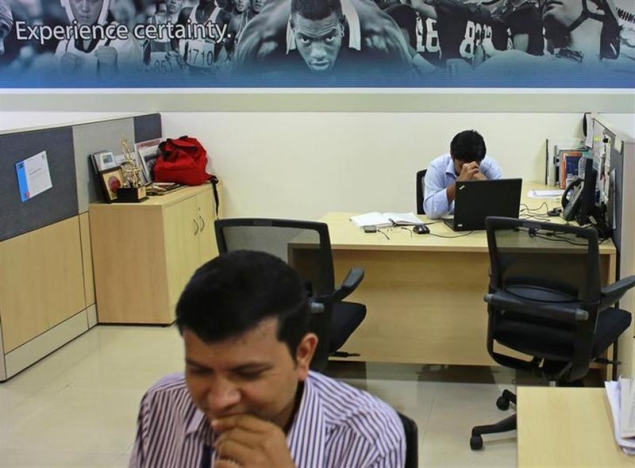 The Indian Banks Association (IBA) on Thursday downplayed concerns arising from the discontinuation of support for Windows XP operating system, which is said to affect banks and functioning of ATMs. IBA says neither branches nor cash vending machines will be shut down once Microsoft stops support to the system from April 8.

"Banks are definitely well-prepared and the industry is seized of the matter. I am very sure that you will not see a problem where ATMs or bank counters are shut because of this," the industry lobby's chief executive MV Tanksale told reporters on the sidelines of an event in Mumbai.

Microsoft, the maker of the Windows XP operating system, announced that it would be withdrawing support for the operating system on April 8, over 12 years after introducing the system.

Tanksale said only the old ATMs may face some problem as all the newer machines are run on newer platforms. Tanksale, however, said he does not have the data for how many such machines are still running on Windows XP.

The Reserve Bank of India had on Tuesday flagged the issue, saying banking operations may be hit once the Windows XP gets phased out starting April 8.

"The probability of attacks on such a system may increase and it may be difficult to defend such attacks in the absence of Microsoft support," RBI had said in a circular to banks.

According to the IBA, there are over 1.40 lakh operational ATMs across the country at present and the number is only going up given the current low penetration of the machines.

For a bank, opening a current account does not cost any money but gives it access to funds for free. Therefore, one may hasten to open an account but at the same time, some known corporate defaulters may take advantage of this and use transactions in the account to raise a loan, Tanksale explained.
Comments