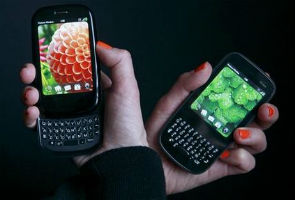 Highlights
Hewlett-Packard Co. is surrendering in smartphones and tablet computers and has put its personal computer division up for sale, as new CEO Leo Apotheker tries to transform the Silicon Valley stalwart into a twin of East Coast archrival IBM Corp.

The restructuring announced Thursday contains an unmistakable message: HP has failed to cater to both consumers and corporations. As a result, it needs to exit most of its consumer businesses, just as IBM did six years ago.

The overhaul will have three parts:

- HP will stop making tablet computers and smartphones by October.

- It will try to spin off or sell its PC business, the world's largest. By the end of next year, HP computers could be sold under another company's name.

- The company plans to buy business software maker Autonomy Corp. for about $10 billion in one of the biggest takeovers in HP's 72-year history.

HP, the largest technology company in the world by revenue, will continue to sell servers and other equipment to business customers, just as IBM now does. Those businesses currently don't generate as much revenue for HP as PCs, but they have higher profit margins.

Apotheker would not say whether any jobs will be cut. HP plans to take a charge of about $1 billion for restructuring and related costs, some of which could go for severance payments. HP employs more than 300,000 people worldwide.

The changes are motivated by a shift toward an IBM-style business model, which is focused on selling to corporations and governments.

But the influence of Steve Jobs and Apple Inc. shouldn't be underestimated. Apple is the hottest consumer electronics company on the planet with its highly popular iPhones and iPads.

Rather than remain locked in a futile fight with a company that seems to have found the magic touch on making hit consumer products, HP decided to whittle its competition to the other business technology specialists - namely, IBM, Oracle Corp. and Cisco Systems Inc., Marshall said.

The focus makes sense considering that Apotheker spent most of his career at German business software maker SAP AG, another company that catered to the technology needs of companies and government agencies.

"This is his bread and butter," Marshall said. "Now he has to deliver."

Investors appeared underwhelmed and sent HP's stock down $1.88, or 6 percent, to $29.51 during the regular trading session Thursday, after news of the changes leaked and HP disclosed them along with a quarterly forecast that was lower than expected. After the market closed, the stock fell another 10 percent to $26.61. It was a day the broader market declined, with the Standard & Poor's 500 index falling 4.5 percent.

Apotheker is seeking radical changes to help erase the stain of scandal and leave his imprint on a massive company he inherited last year. His predecessor, Mark Hurd, resigned under pressure a year ago, after an investigation found expense reports that were allegedly falsified to conceal a relationship with an HP marketing contractor.

In trying to ditch most of HP's consumer businesses, Apotheker is reversing a decade-long binge on computer hardware.

The area where HP has been most visibly lacking is mobile devices.

HP has been hopelessly outmatched in smartphones and tablets despite its $1.8 billion acquisition last year of Palm Inc., whose webOS software was the crown jewel of the deal. The software powered the fledgling TouchPad tablet and HP-powered smartphones that are being discontinued in Thursday's announcement.

The software was well-reviewed, but iPhones and iPads and smartphones running Google Inc.'s Android operating system have dominated the fastest-growing parts of the consumer technology market. HP was left in the margins. WebOS smartphones had a worldwide market share of less than 1 percent, according to Gartner.

HP will try to find ways to keep webOS alive, which could include using it in other devices such as PCs and printers or licensing it to handset makers, Apotheker said in an interview. He said he was disappointed with the designs of HP's mobile devices and believed the business would have required too much money to turn around.

"We have better opportunities to invest our capital," he said.

HP executives likely decided that "they were too late to the tablet market to make a dent," said Forrester Research analyst Charles Golvin. "They recognized they did not have a high probability of success."

HP conceivably could try to license webOS for use in cars and consumer electronics devices made by other companies, Golvin said. But even that is challenging because Google is targeting many of the same markets with its Android system, which is free.

"This begs the question of how much longer it will be before the other shoe drops and they close the Palm business entirely," Golvin said.

The diminishing of the Palm business will be striking to many technologists.

Jon Rubinstein, the former CEO of Palm, said in December that Palm sold itself because executives realized the business could be small and successful, but couldn't sustain itself on its own in the long run.

Rubinstein, who was an Apple executive before leading Palm, said HP seemed to be the best choice because, given its size, it could help Palm bring its products to more people.

In PCs, HP is acknowledging that it needs to reverse course on a path begun two CEOs ago, under Carly Fiorina. She pushed through the controversial decision to spend $19 billion for Compaq Computer. That set the stage for HP's ascent to become the world's top PC maker.

PCs are HP's biggest revenue generator, but the business is also HP's least profitable, a result of falling prices for computers and brutal competition.

HP's effort to jettison its PC business is another concession to Apple's increasing dominance of consumer electronics, said Shaw Wu, an analyst with Sterne Agee. The PC division also had become a drag on HP's stock even though it still accounts for about 15 percent of the company's earnings, Wu said.

"Apple is a such a fierce competitor that HP probably realized it was going to have to cut its losses," Wu said. "And it makes sense to cut your losses sooner than later."

The decision also makes HP's trajectory look similar to rival IBM's. A key player in building the PC market in the 1980s, IBM sold its PC business in 2005 to focus on software and services, which don't cost as much in labor and components as building computer hardware.

The acquisition of Autonomy mirrors a key element of IBM's transformation from stodgy mainframe seller into a software and services powerhouse, which has made IBM the envy of many large technology companies.

HP's net income increased in the fiscal third quarter, which ended July 31, but its lower-than-expected outlook for the current period weighed on the stock. The company also cut its full-year revenue outlook.
Comments

Review: New BlackBerrys improved, but lackluster
HP to pay $10B for Autonomy as it exits mobile