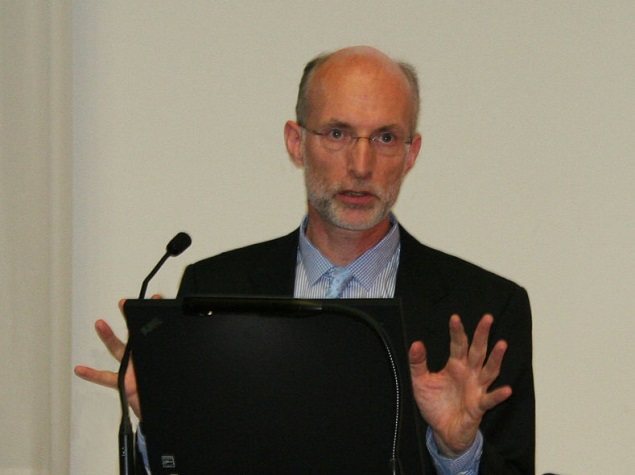 British physicist Stuart Parkin, one of the brains behind the global "big data" revolution, on Wednesday won Finland's answer to the Nobel Prize, which is awarded by Technology Academy Finland.

"Prof. Parkin receives the 2014 Millennium Technology Prize in recognition of his discoveries, which have enabled a thousand-fold increase in the storage capacity of magnetic disk drives," the independent foundation said in a statement, adding that his innovations paved the way for streaming movies and other media via the Internet.

"Our contemporary online world is largely possible because of these atomically-thin magnetic structures."

Parkin, 58, is an IBM research fellow, a consulting professor at Stanford University and director of the experimental department of Germany's Max Planck Institute of Microstructure Physics.

His work on spintronics which uses the magnetic spin of electrons to save data has contributed to an explosion in memory capacity around the world allowing information to be stored in magnetic disk drives accessed online via the "cloud".

"I am extremely happy and excited to have won the Millennium Technology Prize because of course it's one of the most important prizes in the scientific community," Parkin said in a statement.

"I am very humbled and proud to have been awarded the prize, which is a tremendous validation by the scientific community of my work and its impact on the world as a whole."

The prize worth one million euros ($1.38 million) was founded in 2004 and aims to be a technological equivalent of Sweden's Nobel Prizes for the sciences (worth $1.22 million each) which have been criticised for focusing too much on traditional, decades-old scientific research.

The Millennium Technology Prize is awarded every second year and singles out recent innovations that have already been applied in practice and which "enhance the quality of people's lives in a sustainable manner".

Technology Academy Finland, which will award the prize on May 7, 2014, is a foundation formed by the Swedish Academy of Engineering Sciences in Finland and the national Industry Council.