HP wasn't joking when it teased that its new laptop will give Apple's MacBook lineup a run for its money. The company on Tuesday unveiled the new HP Spectre 13 (aka HP Spectre, HP Spectre 13.3). The laptop packs in top-of-the-line hardware in a body that is only 10.4mm thick (in comparison, Apple's MacBook is 13.1mm thick). On the sidelines, HP also unveiled a new logo for its brand and unveiled some new models in its mid-range Envy-lineup of devices.

Complementing the black aluminium and carbon fibre design of the HP Spectre 13 are its own top-of-the-line specifications. It sports a 13.3-inch display, which comes with a 0.4mm Corning Gorilla Glass layer protecting it. The company is giving users an option to choose the processor, storage, and RAM, though, the display remains fixed at full-HD (1920x1080 pixels).

For processor, the HP Spectre 13 supports Intel Core i5 as well as Core i7, and up to 512GB of SSD storage, and up to 8GB of RAM. The company claims that the battery inside the device can keep the laptop running for 9.5 hours on a single charge. The starting price of the HP Spectre 13 is $1,169 (roughly Rs. 77,700), and it will go on pre-order in select regions on April 25, and hit retailers in May. 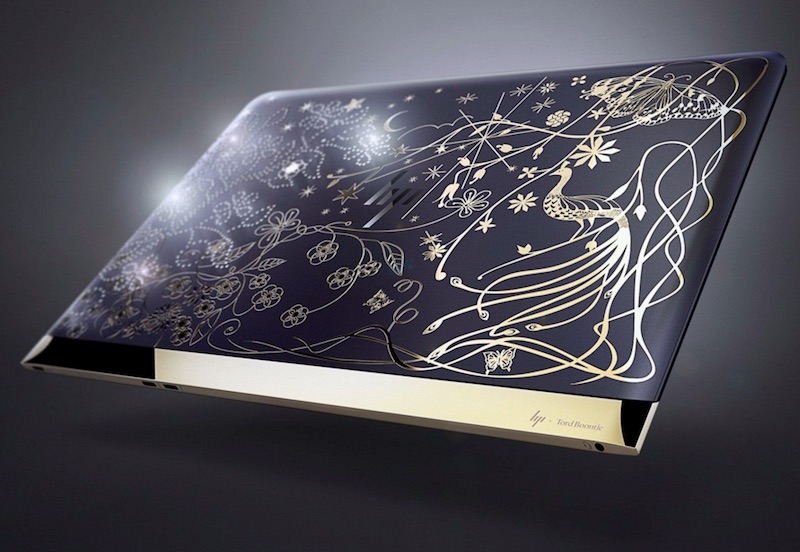 The company also unveiled two luxury models of the HP Spectre 13. One of which comes in 18-karat gold, designed by Tord Boontje, and the other is a gold-plated and diamond model designed by Jess Hannah. The price of either of the variants hasn't been revealed, the company says it will showcase these models at the New York Times International Luxury Conference in Versailles, France.

If you look closely, the new HP Spectre 13 has a new HP logo embarked on its back. The company is moving away from its standard logo to four minimal slashes orchestrated to stand in a way that it reads "HP".

The company also refreshed its Envy and Envy x360 laptop lineups. All the 2016 Envy models are thinner and come equipped with USB Type-C ports. 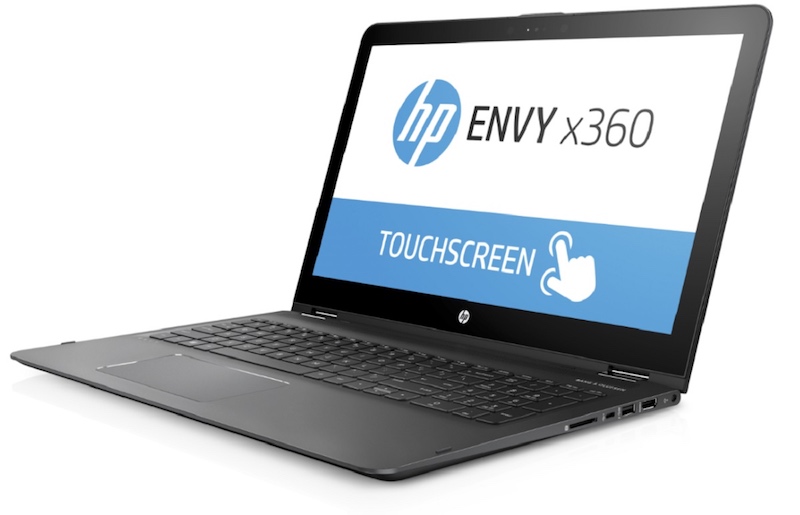 Starting with the HP Envy x360, the pricing of which starts at $679.99 (roughly Rs. 45,200), the laptop offers up to 11 hours of battery life (compared to 8 hours offered by its predecessor), it boasts of sixth-generation Intel Core i5 or Core i7 processor with optional Intel Iris Graphics or seventh-generation AMD FX 9800P Quad-Core Processor with Radeon R7 Graphics. Other features include up to 16GB of RAM, up to 2TB HDD, 256GB of PCIe SSD. The model comes with a full-HD display, and offers two USB 3.0 Gen 1 ports, one USB Type-C port.

The HP Envy 15.6 model, the pricing of which starts at $779.99 (roughly Rs. 51,800), offers users with Intel Core processors up to Core i7 with either UMA or Intel Iris Graphics, 16GB of RAM, and 1TB of HDD or 256GB PCIe SSD. The laptop supports Windows Hello with its optional HD IR camera.