HP to pay $10B for Autonomy as it exits mobile 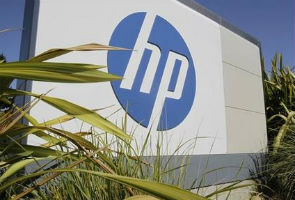 Highlights
Hewlett-Packard Co. is buying Autonomy Corp. to expand its lineup of business software products as it lowers its profile in consumer electronics.

The acquisition, announced Thursday, comes amid a flurry of other dramatic moves that will reshape HP, the world's largest technology company by revenue. The shake-up will sharpen HP's focus on selling products and services to businesses and government agencies, instead of making gadgets for consumers.

Buying Autonomy will give HP another lure in the business market, where its chief rivals are IBM Corp., Oracle Corp. and Cisco Systems Inc.

HP CEO Leo Apotheker is paying a steep price to acquire Autonomy, which is based in Cambridge, England. It translates to $42.11 per share (GBP25.50). That's 64 percent higher than Autonomy's previous closing price. The $10 billion price tag is also 11 times greater than Autonomy's annual revenue of $870 million and represents about one-sixth of HP's current market value.

Autonomy's location outside the U.S. enabled HP to dip into its offshore stash of cash to pay for the deal. That's an appealing option for U.S. companies because they have to pay higher taxes on the money they transfer home. Microsoft Corp. is also using its offshore cash to buy Internet phone and video service Skype for $8.5 billion.

HP ended July with $13 billion in cash. The company didn't break down how much of that money was held offshore.

In a Thursday conference call, Sanford Bernstein analyst Toni Sacconaghi questioned Apotheker about whether he was taking too big of a risk on Autonomy at a time when HP's stock is slumping badly. Even before they plunged in Thursday's extended trading, HP's shares were down by 30 percent since Apotheker became CEO last November. The stock ended the regular trading session at $29.51.

Apotheker defended the acquisition as a smart move and echoed some of the remarks he had made in a prepared statement. "Some acquisitions require heavy lifting, but bringing Autonomy into the HP world will be seamless and highly complementary," Apotheker said in that statement.

With 2,700 employees, Autonomy will continue to be run by its CEO, Mike Lynch, after the deal closes. That's expected to happen by the end of this year.

HP, which is based in Palo Alto, Calif., will be hoping the Autonomy deal works out better than its $1.8 billion acquisition of device maker Palm 13 months ago.

In a surprise move, HP disclosed plans to stop making smartphones and tablet computers running on Palm's software. HP also is looking to jettison its personal computer business in a sale or spinoff.
Comments