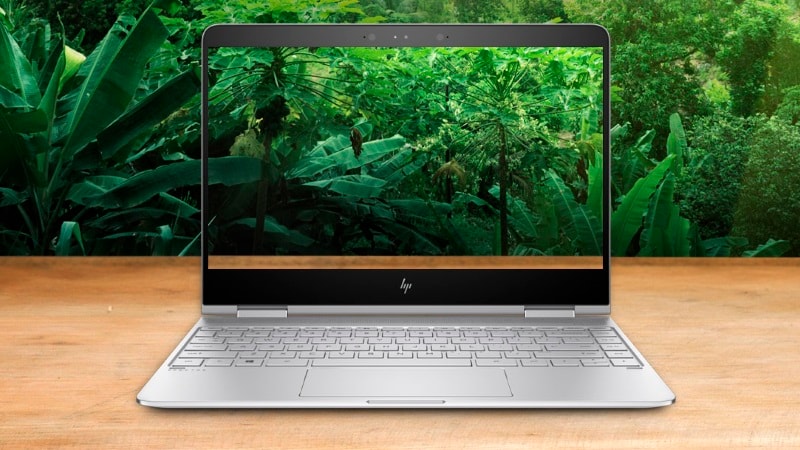 HP has updated its laptops Spectre x360 and Envy 13 to provide them with new designs and larger battery life. The company has also updated its 27-inch Envy All-in-One with Intel's latest processors. The company has also made all three products slimmer in order to provide more portability for laptops and more workspace in case of the 27-inch All-in-One.

The updated Spectre x360 has an edge-to-edge display and now comes with a quad-speaker array. As per the company, the battery life on the updated laptop lasts for around 15 hours, around 25 percent longer than before. The laptop is already available with option of seventh-generation Intel Core i5 or a Core i7 processor. It is further available with up to 16GB of RAM and up to a 1TB SSD. The Spectre x360 starts from $1,050 (roughly Rs. 70,200). The original Spectre x360 had been launched back at CES 2016.

The updated Envy 13 will be available with either a full-HD or a quad-HD display. HP claims that the new battery on the laptop, which is 28-percent larger than before, provides it a battery life of 14 hours. Just like Spectre x360, Envy 13 will also be available with seventh-generation Core i5 or Core i7 processor, with up to 16GB of RAM, and up to a 1TB SSD when it will be available later this month. The laptop will start from $849 (roughly Rs. 56,800). The original Envy 13 had been launched in October last year.

The new Envy All-in-One will come with a 27-inch quad-HD IPS touchscreen. The desktop will now come with a quad-speaker sound bar and is just 15mm thick. The All-in-One will be available with the seventh-generation Core i5 or Core i7 processor and an optional an optional Nvidia GeForce GTX950M graphics card. Envy now comes with two USB 3.0 ports and a USB Type C slot. The desktop will start from $1,300 (roughly Rs. 86,900) and will be available from later this month. To recall, the original Envy All-in-One was launched back in October last year.

Is Nintendo Duo the Official Name of the Nintendo NX?
Lenovo Vibe K5 Note Gets 4G VoLTE Support in India via OTA Update