HP has launched a lineup of new products in its Spectre and EliteBook families with an upgraded design, performance, and security features. The company has unveiled the new HP Spectre x360 13 and HP Spectre x360 15 in the HP Spectre Folio and HP EliteBook x360 1040 G5 in the HP Elite Portfolio. Additionally, HP has also released a new HP EliteDisplay E243d Docking Monitor and HP USB Fingerprint Mouse. The company is touting world-class features in the updated lineups as they new models come with upgraded hardware. Some of those products will be available starting this month.

The new HP Spectre lineup is equipped with new security features, such as a camera kill switch that allows the user to turn off the webcam when not in use. The 13.3-inch and 15.6-inch models come equipped with optional HP Sure View, an integrated privacy screen for public places. The HP Spectre x360 13 that is claimed to deliver "the world's longest battery life in a quad-core convertible and gigabit-class 4G LTE." It promises a battery life of up to 22.5 hours. The Spectre x360 13 is powered by the 8th generation Intel Core i7-8565U processor. It comes with up to 16GB of RAM, 256GB/ 512GB M.2 SSD options.

The HP Spectre x360 13 sports a 13.3-inch display with up to 4K resolution. For graphics, it comes with Intel UHD Graphics 620. Ports include Thunderbolt 3, USB Type-C 3.1, and more. Other connectivity options include optional 4G LTE, Wi-Fi 802.11b/g/n/ac, Bluetooth 5.0, 3.5mm headphone jack, and more. It also has an IR camera for Windows Hello. 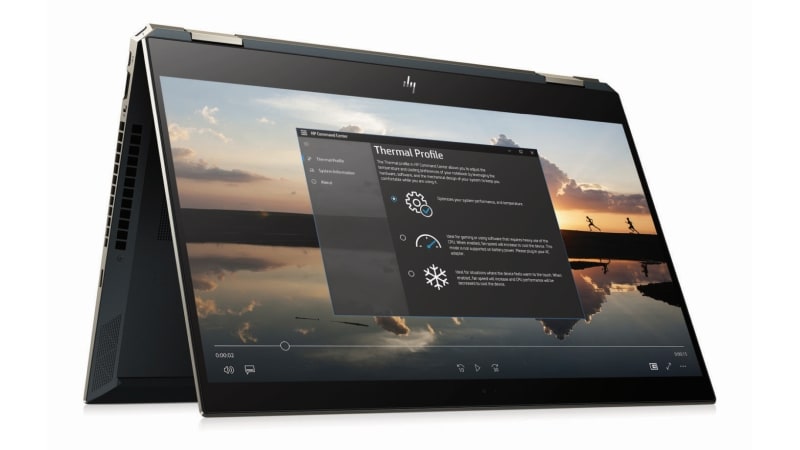 Coming to the EliteBook x360 1040 G5, HP claims it to be the "world's smallest and lightest 14-inch business convertible" and "world's first business convertible with gigabit-class 4G LTE". It sports a 14-inch display packed in a 13-inch unibody CNC aluminium chassis. It comes with an optional HP Outdoor Viewable Display with an anti-glare screen and up to 700-nit display. It is powered by the 8th generation Intel Core i5 or Core i7 processors, comes with up to 32GB of RAM, and up to 2TB of storage. The laptop is claimed to to provide up 17 hours of battery life. The HP EliteBook x360 1040 is expected to be available at the end of October for a starting price of $1,499 (roughly Rs. 1,09,700).

As mentioned, HP has also launched the HP EliteDisplay E243d Docking Monitor as a new dock-and-monitor solution that comes with a single USB Type-A cable or single power-enabled USB Type-C cable for data and video, as well a pop-up privacy webcam. It will be available in December for a starting price of $329 (roughly Rs. 24,000). Additionally, the new HP USB Fingerprint Mouse is capable of enabling users to unlock their Windows 10 PC with a single touch, allowing for secure biometric authentication. It has been priced at $49 (roughly Rs. 3,600) and will also be available from December 2018.