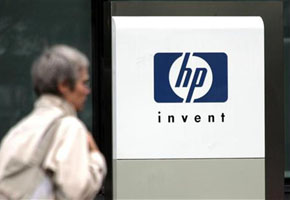 HP is planning to cut about 8,000 positions in Europe by the end of 2014, the German magazine said, citing unnamed officials close to the company.

"As many as 1,000 jobs (in Germany) are acutely endangered," WirtschaftsWoche quoted the labour representative as saying.

HP, which posted a second-quarter profit above market estimates, aims to use cost savings from planned job cuts to drive organic growth.