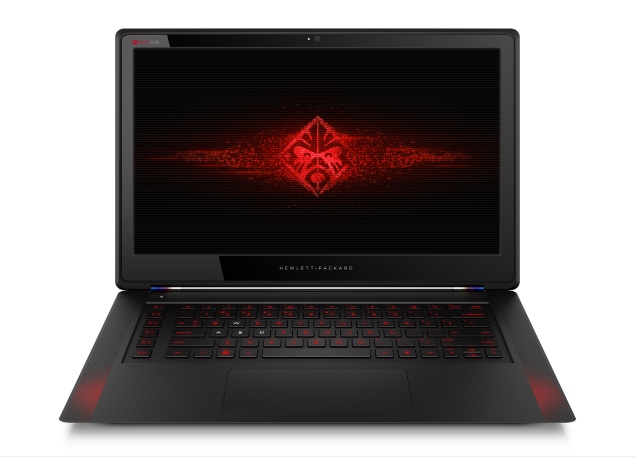 "Gamers play to win and expect their PCs to do the same," said Mike Nash, Vice President, Product Management, Consumer Personal Systems, HP, in a statement, adding, "The HP Omen delivers the power to dominate with a stunning design to give gamers the ultimate gaming experience."

Designed for gamers, HP Omen laptop sports a fourth-generation Intel Core i7-4710HQ processor (4 cores, 8 threads, 2.5GHz base clock, turbo up to 3.5GHz, 6MB cache) with Hyper-Threading and Intel HD Graphics 4600. Dedicated graphics come in the form of the Nvidia GeForce GTX 860M, and a choice of either 2048MB or 4096MB dedicated video memory.

The company is also touting the fan design of the HP Omen laptop, saying hot air is kept away from the keyboard with dual fans that shunt air to the rear of the machine. The company adds that the rubber feet were also designed to channel cool air into the inlets and prevent hot air from recirculating back in.

The name Omen reminds us of Voodoo's gaming PC tower from 2008, a company that was acquired by HP, and was later shut down. With the new HP Omen gaming notebook PC, the company is likely to face competition from establish players like Alienware, MSI, and Razer in the same space.